I had a great day out at the SELWG show at Crystal Palace yesterday. I came home laden down with lots of Minis to paint and ton of Photo's to process. I'm working my way through the latter now but the process of identifying & labeling each picture is long winded. Hopefully I'll have them all available to view by tomorrow. At the same time I'm attempting to make a video from the pictures I took. However I'm working with an unfamiliar application to make the video so bare with me. If this works out I may try and do this again for future shows and events.

In the meantime here's a look at what I bought on the trade stands. This was a big event with over 50 traders scattered throughout the venue and I planned to take full advantage of the opportunity. I went with a prepared shopping list, a wodge of cash and hit list of traders I wanted to target first. My purchases were exclusively for my growing Flames of War army and I bought pretty much everything I set out to get. First off I wanted some Panzer Grenadier's so I picked up a Platoon box. 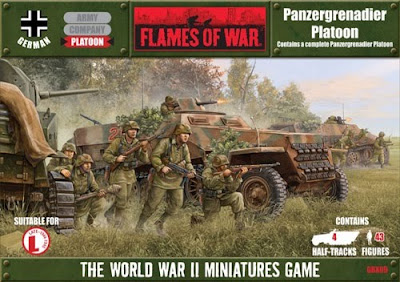 I was also on the lookout for my next Panzer Platoon and bought a box of five Panther A's. I plan on picking up some more of these at a later stage but I want to check out the quality of the models first. In particular I'm eager to compare these Panthers to those produced by other manufacturers. 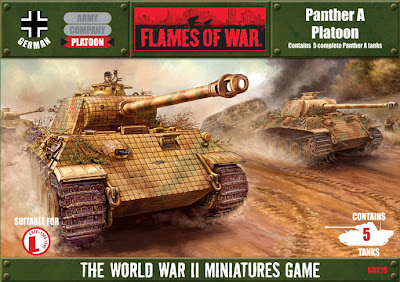 I also picked up the Panzer Lehr dice & token set. Its a bit expensive at £12 but apparently I'm a sucker for good marketing! 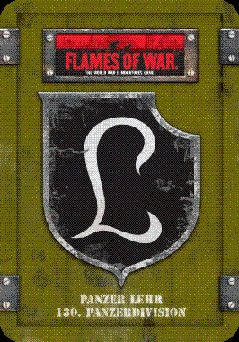 In addition to these main items I also picked up some small bits of painted scenery (dugouts) and some magnetic disks. I plan on using the latter inside the turrets of my tanks to hold them together while allowing movement. I'm using blue tack at the moment and frankly it's not up to the job.

Tomorrow I'll post some pictures from the show and hopefully I'll have the video shortly after that.
Posted by BigLee at 10:01