As well as project updates, convention reports and game news I have also tried on occassion to write Tutorials on subjects I feel would be of interest. Some subjects have been very popular and have recieved continued and consistent levels of interest. These articles are listed below with links to original posts. 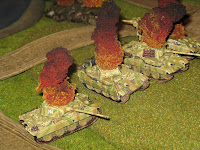 A quick and easy method for making realistic looking columns of Smoke and Flame. I was disappointed by many of the products available on the market for representing explosions or burned out vehicles. I soon found I was not alone with many tutorials on the internet, each with their own version of how to make these scenic pieces. This is my version. Its an unashamed synergy of ideas trawled from the internet but mixed in with some experimentation and a few wacky ideas of my own.

My Brother-in-law and I are currently building armies to fight a Normandy campaign using the Flames of War rules. One essential ingredient in any such battles is terrain and in particular the Bocage hedgerows which typified the area around the beachheads. I looked briefly at buying some pre made Bocage terrain but quickly dismissed this as an expensive option. Instead I decided to have a go at making my own Bocage, and this is how I did it.

Sometimes there is no option but to strip the paint from an old or badly painted model and start again from scratch. There are lots of methods for achieving this across many painting and modelling forums and often the variety of options can be bewildering. This review looks at the most popular substances and tools used to clean painted miniatures back to base metal and tries to make this subject clearer. 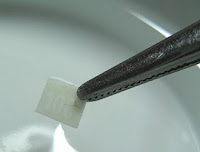 There are many manufacturers of water based decals and their use has become widespread. Over the years I have encountered several problems when trying to handle and apply these often small and temperamental details. So here’s my troubleshooting guide to applying water based decals.

I'm not an accomplished photographer by any means, and my head hurts when people start talking about f-stops and apertures, but I have learned how to take a half decent image by following some simple rules. I've always taken the view that achieving a good picture isn't and shouldn't be some mystical zen skill only mastered by professionals. If you take pictures based on sound techniques then even a grunt like me can get some good shots. 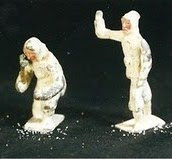 In the thirty odd years I've been collecting and painting miniatures I've heard lots of horror stories about Lead Rot. This 'disease' can allegedly eat its way through a whole collection like some ravenous B-Movie monster. As a painter I want my models to have the best surface possible on which to work. I certainly don’t want to see a well painted model disintegrate before my eyes. So, is Lead Rot a real problem or a mini painter’s old wives tale?

Thus is an unashamed plug for my favorite range of brushes. With all my brushes I use Masters Brush Cleaner to help clean and preserve the hairs. I have also included a few simple rules you should observe, whatever brushes you use, to extend their life. 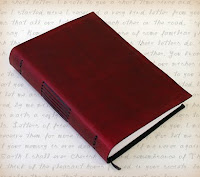 Gaming groups often keep a campaign journal or at the very least detailed set of notes to record events during the course of a campaign. This is especially important if your sessions are irregular or players miss games because of work or family commitments. As a GM I also find that a Journal is often the only record of a campaign, long after the original notes have been thrown away. With this in mind here are a few of my top tips for writing and maintaining a Campaign Journal