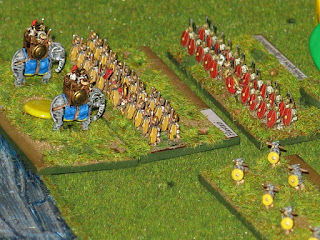 This is the second To the Strongest! game that the Young Padawan and I have played since I 'completed' painting my Romans and Carthaginians. This time I opted for slightly smaller forces and some new terrain that I recently bought. We are still very much at the learning stage with this rule-set and a smaller game meant we could really get to grips with the rules and still complete a game in a reasonable time-span (ie before dinner!). While this battle is fictional but its probably a scenario that has been played out thousands of times throughout history.

The Setup
A small Carthaginian army has discovered an area of the the river Farpunctum that is fordable for the main body of the Army, a few hours march away. However the Romans, with superior local knowledge, have left an equivalent sized force in the area and threaten to block the crossing before the Carthaginians have a chance to take it. Their commander decides to take the initiative and advances quickly on the ford.

For the purposes of this game we agreed that the river was fordable for its entire length but would count as rough ground. This presented an interesting tactical situation without restricting us to a narrow crossing point. However we also had other terrain on the table that made this a much more interesting set-up than our last game.

Analysis
This was a tough fight. From the start it felt like an uphill battle for the Romans and it's clear I need some allied units to bolster this army. Having said that they performed a lot better in this game and I gave the Carthaginian army a run for its money.

The use of coloured dice rather than numbered chits worked well and sped up play considerably. I still have a lot to learn though and will take some time to read the rules again because I'm sure I missed some things.
Posted by BigLee at 17:37 7 comments: 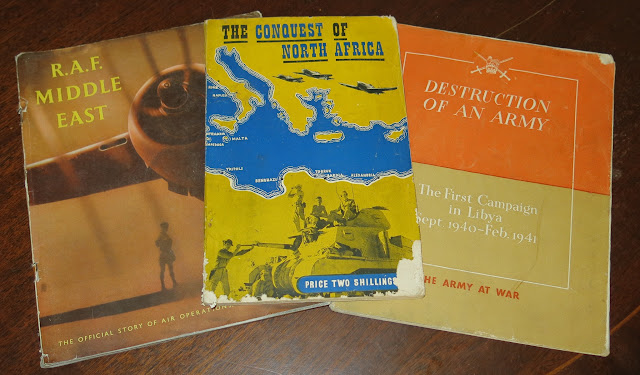 So far I have only skimmed through these but I look forward to reading them in detail over coming weeks. It'll be interesting to see how the authors portray events that for them were still contemporary and how their analysis compares to modern works on the same period.
Posted by BigLee at 07:20 5 comments: 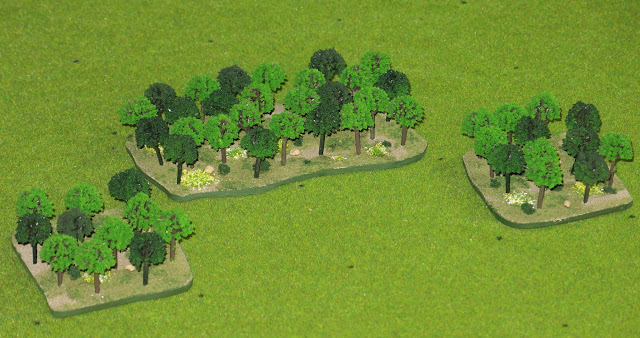 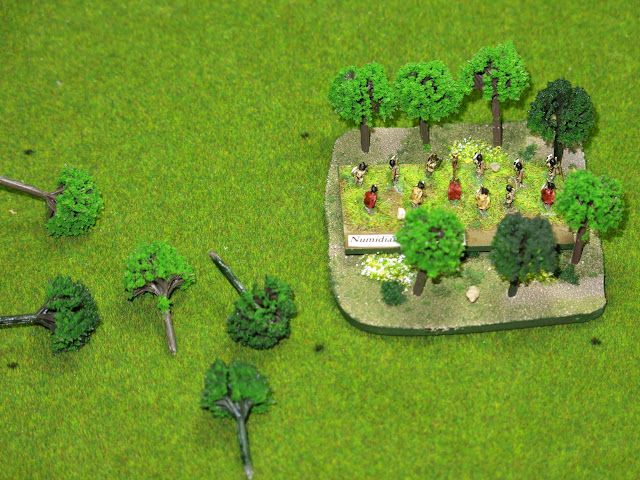 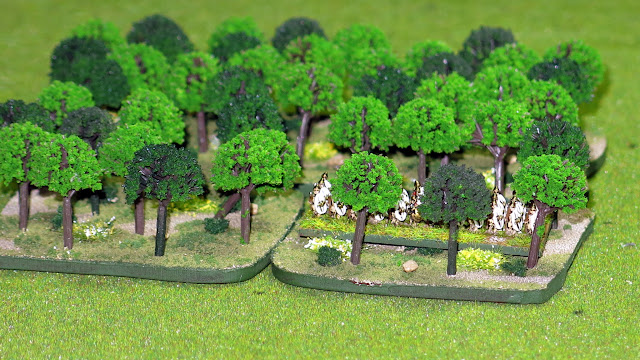 The current batch of trees are a bit uniform in shape, even with repainting some the resultant wood is a bit 'flat'. However the next batch on order are different shades and shapes and as I have made these bases so the trees can be interchanged I will be able to mix things up in future for a much more realistic and varied look.
Posted by BigLee at 09:29 6 comments:

While all may be 'Quiet on the Blogging Front' in the background there is a hive of activity and terrain building. Unfortunately very little is being finished at the moment because I am awaiting a load of 1:300 trees from an eBay supplier in China. I reckon they are arriving by row boat because the delivery estimate is somewhere around the end of the month and I ordered these several weeks ago! Mind you at just £2.76 for 50 trees I can hardly complain. In the meantime I have been working on a load of figure prep and some other minor projects such as this item of impassable terrain...The Rock. 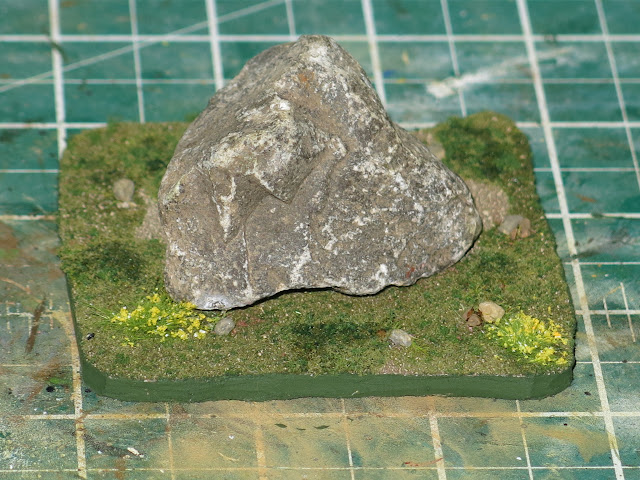 It is designed for the 3" squares on my home-made TtS! game mat and is made almost exclusively from items supplied or found by the Young Padawan. She picked up the rock at the weekend and it was clear from its shape (with a nice flat bottom) that it was destined for the games table; the flock and yellow flower/bushes she discovered in a bargain bin at Salute; and the base is made from an off-cut of MDF found while rummaging through my bits box.

Hopefully a few other projects will come to fruition in the next few days but I have a busy week and a busy weekend ahead so in all likelihood nothing will get done. Such is life!
Posted by BigLee at 08:45 5 comments:

Over the weekend I had a chance to visit a small living history event that I haven't been to before. Held in the grounds of Cressing Temple Barns near Witham in Essex, the show is only in its second year but it is quickly establishing itself as a first rate event featuring first and second World War living history displays, music, vehicles and even a small battle reenactment. The weather stayed clear and Sunday was especially fine so the wife and I took the young Padawan to to the show and met up with some of the extended family for a very pleasant day out.


Not a bad little show albeit a little smaller than the sort we normally visit.
Posted by BigLee at 17:40 6 comments: