Yesterday I went to the Skirmish show in Sidcup. This event styled itself a Modeling & Toy Soldier show. The main hall contained traders with the Display Wargames in a separate hall elsewhere in the Grammer School buildings. 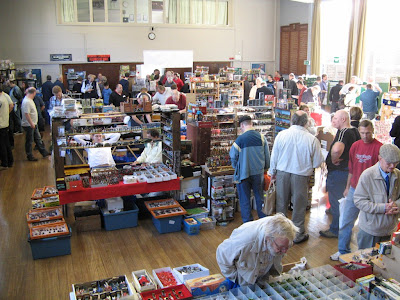 Some of the traders were selling rare or highly collectable Toy Soldiers. Nice as these models were I always feel sad for them because (for the most part) these were toys designed to be played with and many of these collectables will never be held by a child again. 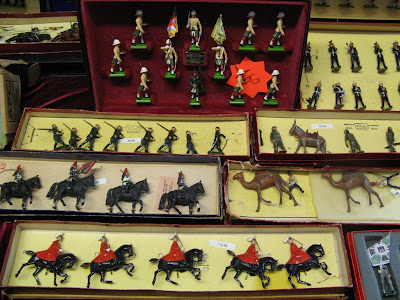 Having said that there were also a lot of much cheaper toys available to buy, as well as some items for the Wargamer or painter. Harfields (one of the sponsors of the event) had a large presence and were selling a wide variety of Airfix models and other items.

In the Wargames hall there were about a dozen tables with a wide variety of games on display. I was particularly interested in a boxed set of Bloodbowl (I had a set many years ago) which almost made me want to go out and buy the game again. 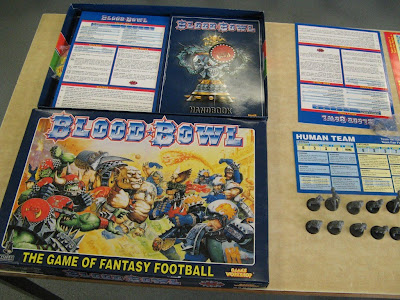 One of the most impressive tables was the Warhammer 40k battle. There was lost of detail and action going on on this table. 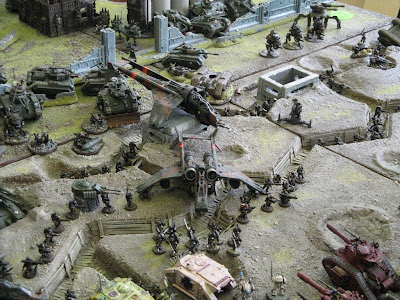 Another interesting table was run by the Southend Wargames Club. They were recreating events in the Pacific in 1945 with a British Task Force nominally under the control of the US in a fight against Japanese aircraft. 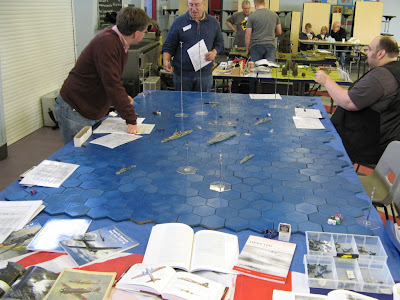 I got chatting to one of the players and he told me about an event next year that might be worth putting in your diary. Three clubs are pooling resources for a large wargaming open day to be called Essex Eagles. The event is scheduled for June 6th 2010 and will be at Highfield House.
As usual I've uploaded all my pictures to Picasa and the link to view them is here:
http://picasaweb.google.com/BigLeeH/Skirmish09?feat=directlink
Posted by BigLee at 10:01