Victory from the Jaws of Defeat

I'm not sure how we did it, but we won. The Dagenham Dungeon Delvers met last night and continued our campaign in the Sunless Citadels. Unfortunately we started this game fully expecting death or slavery as we were utterly surrounded and outnumbered. We had already taken a beating from one group of Orcs before encountering their mistress (a wicked Drow) and while we tried to talk our way out of disaster she had a second group outflank us and block our escape route.

As battle rejoined our only hope seemed to be to cut our way out towards the exit and hope we could escape before the main group of Orcs descended on us. The two Dragonborn brothers took up supporting positions to hold back the Orcs while the rest of the party concentrated on clearing the escape route. 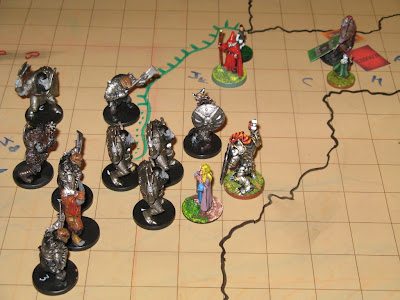 But as the battle progressed we grew in confidence and once our escape route was clear we chose to turn on the offensive rather than flee. 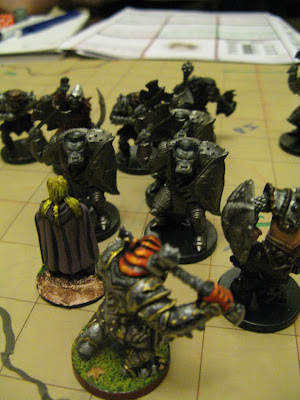 Amazingly (given our groups track record) the tactic worked and we were able to destroy the Orcs piecemeal.
This was a thoroughly enjoyable game (I love it when a plan comes together) made all the more satisfying because we thwarted The Evil GM's plan for a birthday TPK.
Posted by BigLee at 09:01