It’s been a while since the last SELWG at Crystal Palace. When Asbestos was found in the roof of the building the 2007 show had to be cancelled only weeks before it was due to take place. Ongoing work meant the 2008 show was a non starter so for many wargamers the 2009 show has been much anticipated. 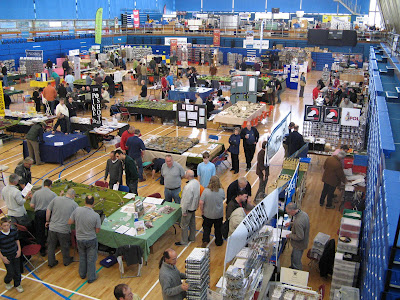 I arrived just before 10am and waited in the cold morning sunshine for the doors to open. Once they did the queue was processed quickly and the cavernous space of the National Sports Centre waited inside. My first impression once through the doors was “renovation, what renovation?” as nothing much seems to have been changed by nearly two years worth of building work.

The show was split as usual between the Balcony/Concourse and the Main Hall, with two additional halls downstairs for extra displays and the Bring & Buy. Nearly 70 traders were in attendance making this one of the biggest events in the London area (after SALUTE). Some people I spoke to seemed to think attendance was down on previous years but I wasn't able to say myself, having only been once before in 2006. Irrespective of numbers through the door most of the people I spoke to seemed to be parting with large sums of cash and trading appeared brisk all day.

Down in the main hall there was an impressive array of display games covering pretty much every period its possible to game in. Some tables stood out for me, especially the Hockwald Gap game run by Shepway Wargames Club. This was ‘eye candy’ at its best with lots of little details and vignettes that had me returning for more several times during the day. This is the sort of gaming table we all aspire to but realistically can only be achieved as club effort. 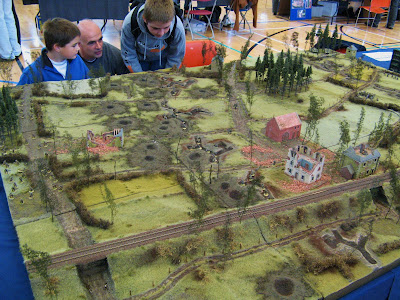 Another game that caught my eye was the Aspern-Essling Napoleonic encounter run by Too Fat Lardies. This used ‘blank markers’ to identify units that were as yet unidentified by opposing players (the models would come on later in the game as LOS was established). I had a long and interesting chat with one of the guys at the table…but forgot to get his name! (Note to self: Bring notebook in future!!). 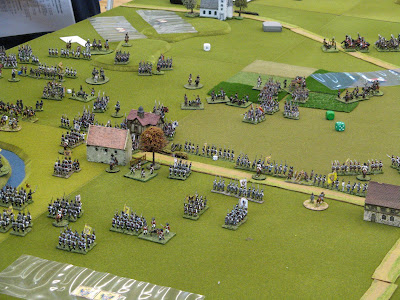 Deal Wargames Club put on an excellent display with their game Crossing the Irrawaddy. This featured an opposed waterborne landing, a very muddy looking river and some excellent terrain. 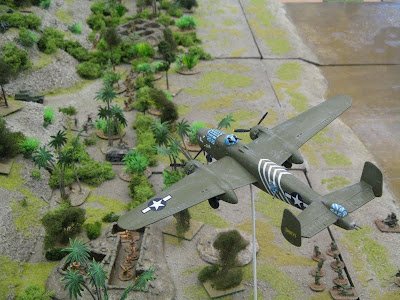 In a totally different period and scale another impressive looking table was the Thunder on the Danube Napoleonic game run by Maidstone Wargames Society. This 6mm game was at Salute earlier in the year and is just as impressive second time around. 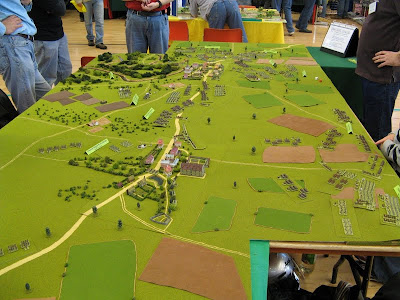 There seemed to be more participation games at this show (maybe I just notice them this time round). The South London Warlords were running their Usthutu game, complete with native headgear. Crawley Wargames Club had an interesting game called Operation peace for Galilee which looked like an interesting urban warfare scenario. 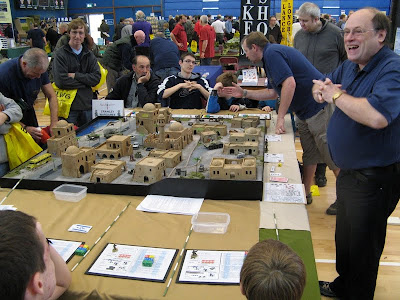 The Diamond Geezers had lots of players around their game The Raid simulating a commando attack on a port. 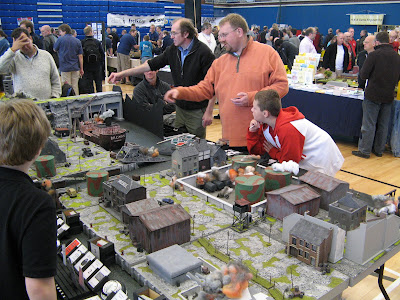 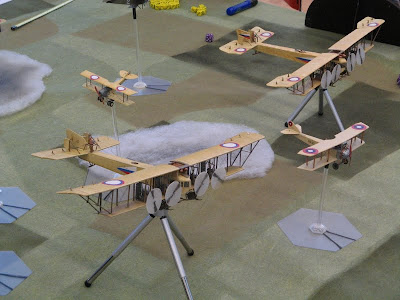 All in all a very good show with an enjoyable mix of trade stands and display tables. All my pictures (including those I didn't have space for here) are available to view in my SELWG 09 Picasa Web Album. I've also put together a video slide show of my pictures here.
Posted by BigLee at 09:01