I was surfing the Internet again yesterday, looking at random stuff and generally relaxing, when I came across this bizarre contraption. It purports to be a German Wind Cannon, designed to knock allied aircraft out of the sky with a directed vortex of air. 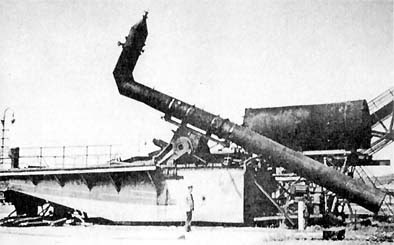 This devise was allegedly built in Stuttgart and was designed to fire a blast of highly pressured air and water vapour. Early experiments showed some promise with its effective range being about 200m.

"Experimental trials of the cannon at Hillersleben demonstrated that a 25mm-thick wooden board could be broken at a distance of 200m. Nitrogen peroxide was deployed in some of the experiments so that the brown color would allow the path and destination of the otherwise transparent projectile to be observed and photographed. The tests proved that a powerful region of compressed and high-velocity air could be deployed with sufficient force to inflict some damage.

However, the aerodynamics of a flying aircraft would almost surely neutralized the effectiveness of this cannon. In addition the effects of the cannon on a fast-flying aircraft was quite different from that on a fixed ground target. Still, the cannon was installed on a bridge over the Elbe, but with no significant results -- either because there were no aircraft or simply no successes (as one might suspect). The wind cannon was an interesting experiment but a practical failure."
(MilitaryImages.net)

I've since seen this picture on several other sites but they all repeat the same text (copied word for word but not credited to a source I might add) so its hard to tell if this is a genuine weapon or an Internet myth that has been copied and propagated (which of course is exactly what I'm doing!). The Nazis seemed to waste a lot of time and resources on their wonder weapons, many of which never came to fruition, so a wind cannon might not be all that improbable after all. Myth or not its intriguing.