Anyone who has ever played D&D will instantly be familiar with the use of graph or grid paper to draw maps as an adventure unfolds. Often the GM's map will be much more detailed than the players but eventually both sides of the GM screen will have an essentially identical map. But some time ago I discovered a different type of graph paper and it put a hole new dimension into my map making.
Here's an example of a simple dungeon layout but presented in two different ways. The first example isn't strictly 3d but it does allow the GM to show vertical changes in floor level easily and graphically. 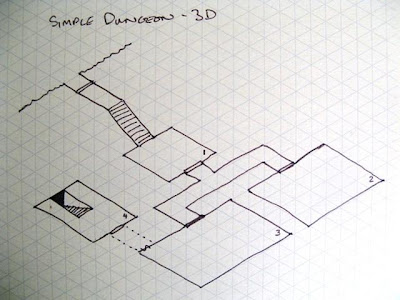 Here's the same plan but on standard grid paper. 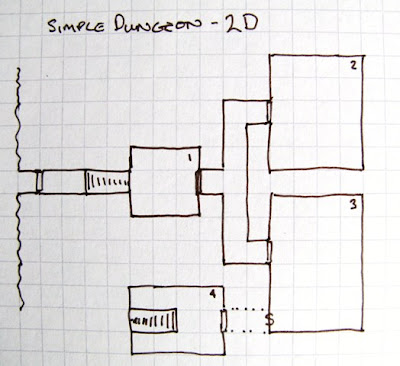 An excellent site for different types of Paper is Print Free Graph Paper which does exactly what it's name suggests.