Did you win tonight?

This is the stock phrase I get from most of my family after a night playing D&D with my mates. I've spent years trying to explain what roleplaying is and yet they still ask this question when I get home. I used to get irritated by their stubborn inability to understand that RPG's are different from other games. However I have come to understand they are trying to take an interest in their own way and based on their own experience of what a game is or should be. 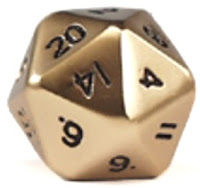 D&D is traditionally described as a collaborative storytelling game that by its very nature defies normal notions of 'winning' or 'losing'. There can be no victor and looser in a game like this and no easy definition of who the best roleplayer's was at the end of an evenings play. And there are no trophies handed out for victory in battle. But as players we all have our own definition of success based on our own in-game objectives.
Many roleplayer's would consider the accumulation of a new skill or ability increasing magical item a 'win'. Similarly the general accumulation of gold and other items is treated as a marker of success. Mere survival or thwarting of a trap can be seen as a victory marker and of course completing a quest is a clear moment of significance. However the ultimate sign of success for any D&D player will be the accumulation of XP leading to that sublime moment when you 'level up'.
So now, when one of my family ask me "Did you win tonight?" I now answer "hell yes!"
Posted by BigLee at 09:01