My Brother-in-law picked me up a great book last week; German Panzer Markings : From Wartime Photographs by Ian Baxter. Many of the pictures in this book have never been published before and they help illustrate the wide range and variety of markings on the vehicles of the Wermacht.

The book is divided into nine chapters, each dealing with a different type of marking. Accompanied by several photo's each section shows the variety and changes that took place throughout the war.

One of the best examples of the evolution of a vehicle marking is the first chapter looking at the National Marking, the Balkenkreuz. This went through several variations as the war progressed and, where stencils were not available, was sometimes applied by hand. It started the war as a solid white cross but after the Polish Campaign it was deemed too clear an aiming target for enemy gunners and was changed. 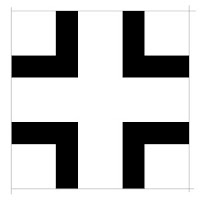 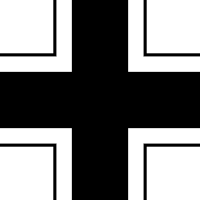 The overriding feeling one gets from this book is that despite official attempts to impose uniformity on vehicle markings, this was rarely the case. Individual units and even individual crews often maintained old insignia despite orders from higher up. As the war progressed vehicles were rushed into service more and more urgently and ensuring correct and complete markings was less important than getting the vehicle into service quickly.

This is a very useful reference book for the gamer and modeller and presents the range and variety of vehicle markings in a clear and interesting way.