Earlier in the week I was giving some thought to writing an article about Leonardo Da Vinci's design for a Tank. Then yesterday, as if reading my thoughts, this thread started on The Miniatures Page... beating me to the story! Dammit I won't be thwarted!! 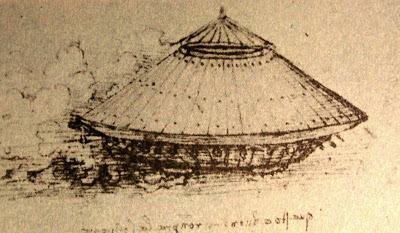 The great inventor, painter and scientist Leonardo da Vinci seems to have spent his life dreaming up machines that would not be built for many hundreds of years. One such design was his idea for an armoured gun carriage (da Vinci referred to it as "a tortoise"), propelled by two to 4 men inside. This has since become known as Leonardo's tank. The design was rudimentary and was clearly just a prototype as, if built as drawn, its two sets of hand cranked wheels would have revolved in opposite directions. A BBC team built the design (changing one gear to correct this flaw) and found it difficult to work... but work it did.

One of the things I admire about this design is that Leonardo understood the practicality of sloped armour way before the Russian T34 or the German Panther came into existence. How effective it would have been on anything other than a prepared battlefield (clear of obstructions) is another matter.

This excellent model was part of a display army at the Redoubt wargames show in 2008. 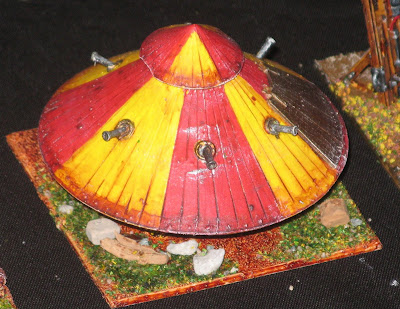