The Meaning of Fantastic

Roleplaying games are often set in Fantastic world of one kind or another, but as GM's maybe sometimes we forget to take inspiration from the word that defines the genre. The word Fantastic came into use in the 14th Century but it has undergone many changes in meaning since then.

Fantastic used to mean something that was unrestrained by imagination. Something that was so remarkable, bizarre or grotesque as to defy normal understanding. Sometimes the word was used to describe things that were Imaginary and not based on reality. Other times it meant something - or someone - that was extravagant, foolish or irrational. But in the 20th Century the use and meaning of the word changed and now it merely means 'very good'. 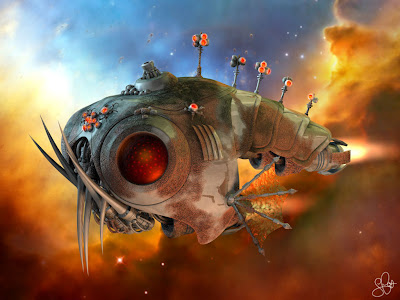 But look at those earlier descriptive words and you see the outline of the whole fantasy genre laid out before you. They are the building blocks of all the best science fiction and fantasy stories you have ever read and played. So next time you write an encounter or even a campaign setting, lay those words out in front of you and use them as your inspiration.