Anyone who has ever played D&D will recognise the tavern as a regular launching point for a campaign. Even the one time I played a Sci-fi RPG it started in a tavern. Its become such an iconic plot devise it has almost taken on the aura of a cliche. But I think this is a great pity because I believe the Tavern or Inn as a location can be so much more than a place for meetings or a bar room brawl (fun as they are). 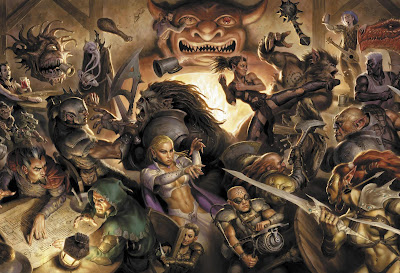 The Tavern has become a Cliche but this is because its such a versatile location. Hopefully this article has given you a few ideas for spicing up your local watering hole and reinventing the most used location of them all.