The December issue of Wargames Illustrated landed on my doormat this morning. This months issue is a Vietnam special and coincides with the release of a limited range of Flames of War Vietnam figures. 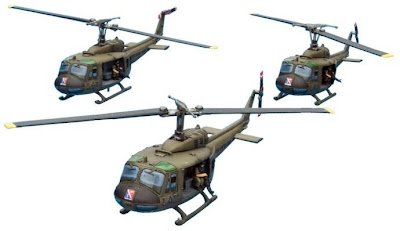 This is probably the most FOW dedicated issue of the magazine since its relaunch under the ownership of Battlefront. However the quality and variety of the articles in this Special caught my interest. Focusing on one core theme each month does have its drawbacks but this issues focus on Vietnam definetly hit the mark for me.
Posted by BigLee at 09:01