There was an interesting selection of display and participation games at this years Rampage, although there was a notable lack of games for pre 20th century historical settings. This is a great pity because nothing epitomises the classic wargame more than massed ranks of Napoleonic or Ancients. Having said that the games that were on display were high quality eye-candy and seemed to be attracting a lot of attention from visitors. 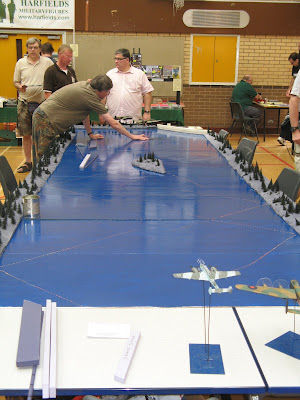 One game that couldn't help but catch the eye (as it was positioned just inside the entrance) was the Dambusters table put on by Whitstable & Herne Bay Wargame Club. I first saw this game at Salute 07 but never took the opportunity to play the game. This time I was arm twisted into playing (not much arm twisting though... "Would you like.." "YES"). 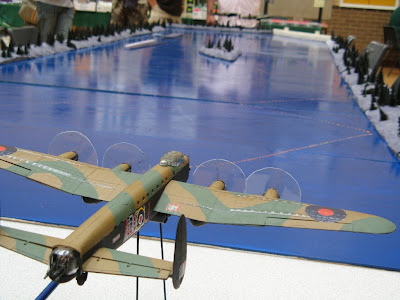 The game took less than 10 minutes to play and the rules were pretty simple but resulted in a quick paced and exciting 'Bomb Run' towards the The Möhne Dam. 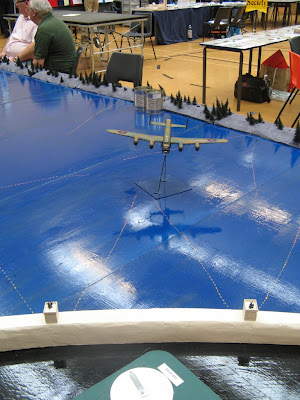 As a player you can adjust your attacking Lancaster's speed and height during your run down the lake, trying to avoid Flak where possible. However to drop your bouncing bomb the Lancaster must be at 220 mph and 50 ft altitude. More importantly you have to gauge your distance from the dam by eye and release your bomb Exactly 28 inches from the target! 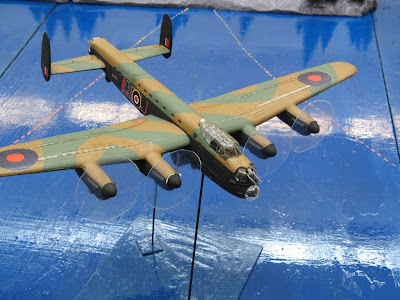 There's about a half inch leeway in that measurement but its still quite a feat of skill to get the distance right. Unfortunately after fighting my way through the Flak and making it to the target, I dropped my bomb too early sending it harmlessly over the top of the dam. 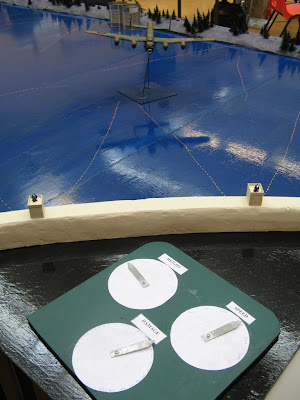 This was actually a cut down version of the game as presented at Salute, the table being shorter by a few sections dues to lack of space. But that didn't detract from the fun of the game or the impressive scope of the table with 1/72 scale Lancaster's zooming towards their target.
Posted by BigLee at 14:38

Email ThisBlogThis!Share to TwitterShare to FacebookShare to Pinterest
Labels: 1/72, Conventions