194 Years ago today, Napoleon finally met his nemesis, Wellington, on the battlefield. Probably one of the most written about and most wargamed battles in history, Waterloo remains as fascinating today as it was in the previous two centuries. 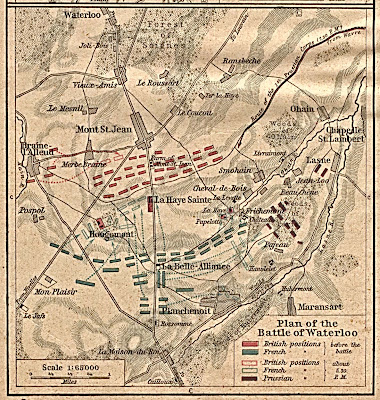 There is a ton of material available to read and download on the Internet and hundreds, if not thousands, of books on the battle and on the men involved. I own a few myself but its the personal stories that I have always found more fascinating and these were best illustrated for me by two items in two different museums. 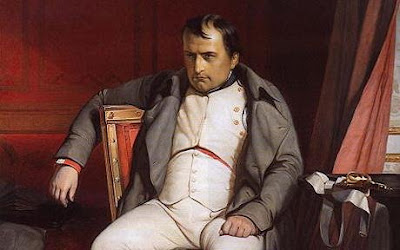 The Royal Engineers Museum in Chatham contains Wellingtons map of the battlefield. This map comes complete with annotations and notes made days before the battle when the Duke surveyed the site and decided this would make a good place for a holding action against the "little dictator". More poignantly the map also still bares the bloodstains of Wellingtons Chief of Staff , Sir William de Lancey, who later died from wounds sustained that fateful day.

The second item was at a special exhibition about Napoleon and Wellington at Greenwich Maritime Museum a few years ago. This was the uniform of the young Napoleon, back before he became Emperor. The most fascinating thing about this uniform was its size, it was tiny. It seems his much disliked nickname was actually very apt indeed.
Posted by BigLee at 15:37