Survivors from an Ancient Army

I mentioned the other day that I found some old miniatures from waaay back when I played Warhammer Fantasy Battle. These models are all that remain from my Undead and Dark Elf Army, the rest of the models having long since been passed on to other gamers. As I mentioned on Tuesday these figures aren't bad considering I painted them over 20 years ago, but they did need some work. 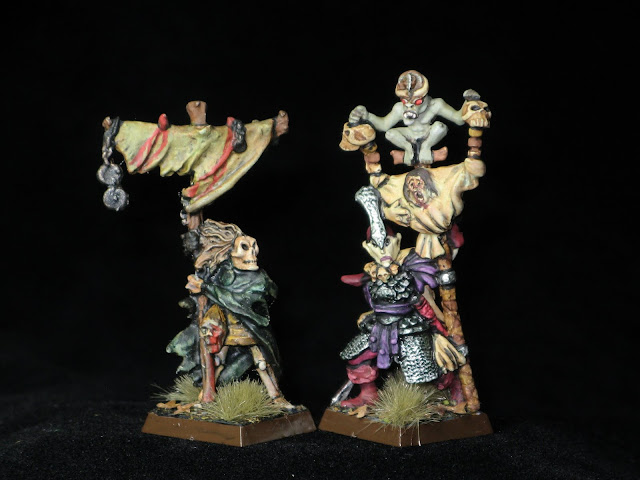 The models were glossed and definitely benefited from a dullcoat varnish instead. Also the bases were plain and 'undressed'. I didn't have to add much to improve the look of these, just a few leaves and some dried/dead grass tufts. These will now go in my poor excuse for a model cabinet having spent the better part of two decades hidden in a box. 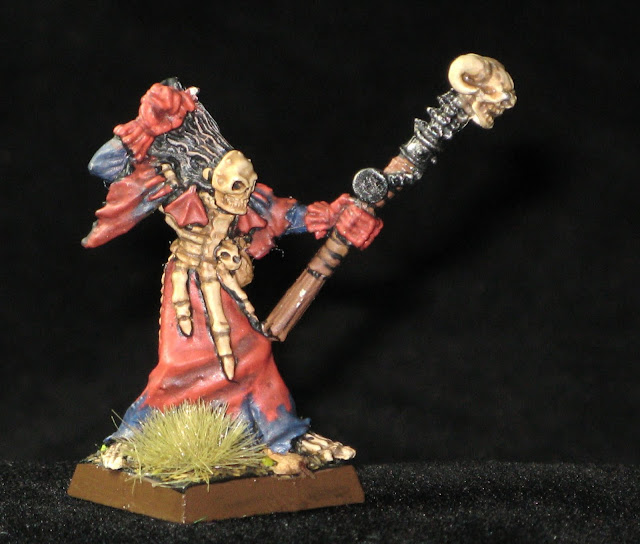 I also found a Necromancer from the same army. I love this model and I'm so glad I kept it, even if it has been "in storage" for all these years. Here are all three models together, last survivors of a lost army. 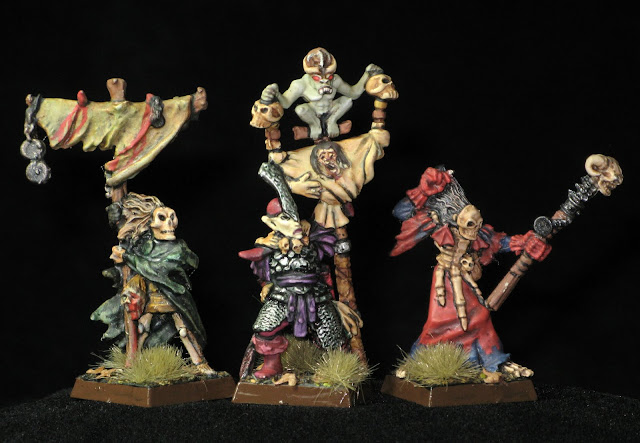