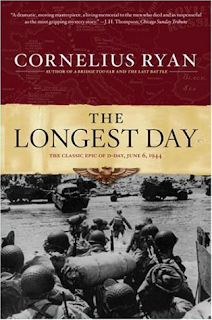 In 1957 Cornelius Ryan began approached magazine editors and publishers with an idea for a book about the events of 6th June 1944. Ryan had been a war correspondent for the Daily Telegraph in 1941 covering the air war in Europe. He accompanied fourteen bombing missions with the Eighth and Ninth United States Army Air Forces (USAAF) before joining General George S. Patton's Third Army until the end of the European war.

It wasn't until 1956 that Ryan started to gather material for his book on D-Day but by the following year, backed by Reader's Digest, he began placing ads in newspapers and trade publications, searching for men and women who had been in Normandy. Research took almost three years and over 700 interviews in the United States, Canada, Great Britain, France and Germany. The completed body of work also utilised Allied and German post action reports, War diaries, histories and official records to build up a picture of the events. The book was a huge popular success and spurred on a whole new generation of journalist historians. 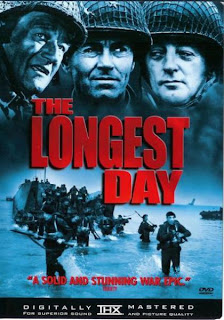 Most people will be familiar with the Movie version of the book. One of the things I enjoyed and was surprised about was how closely the film The Longest Day (1962) followed the book. Many of the scenes from the film recreate actual events and aren't just story telling devices or flights of fantasy invented by the script writer. While I appreciated the attention to detail and realism of the D-Day scenes in a film like Saving Private Ryan the fact that the story was on the whole made up (or at best cobbled together) undermined it as a historical drama.

One of the things I found very interesting was that this book, and the authors research, pre-dated the relaxation of secrecy regarding the work of the Bletchley Park decryption establishment. It wasn't until the release of F. W. Winterbotham's book The Ultra Secret in 1974 (and subsequent books by other authors) that the true scale and importance of the decryption capabilities available to allied planners became widely known. Without this the vitally important deception operation Fortitude would have been almost impossible and many more German units may have been in Normandy facing the invasion. In his book Ryan repeatedly refers to German confusion about the true objectives of the allies without realising that this was not mere bungling but the result of a careful manipulation of the enemy that only Ultra could have made possible.


[Incidentally I heard on the news this morning that Bletchley Park is receiving a Heritage Lottery Grant of £4.6 Million to restore the wooden sheds where this decryption work actually took place. Much of the site is accessible to the public but the sheds desperately need repair and protection so that future generations can learn about the war wining work of the men and women at Bletchley. My Pictures of the site can be seen here.]


This was an incredibly easy book to read given its complex subject. I've read lots of other more modern D-Day books but its clear to see their lineal connection to this book and especially it style. This is not a dry historical account and was one of the first books of its type to adopt a narrative style that reads at times more like a novel than a factual work. This style does not undermine its accuracy or ability to convey the scale of events and I think it should be essential reading for anyone interested in this epic and world changing battle.
Posted by BigLee at 11:50