Playing in the Arcade 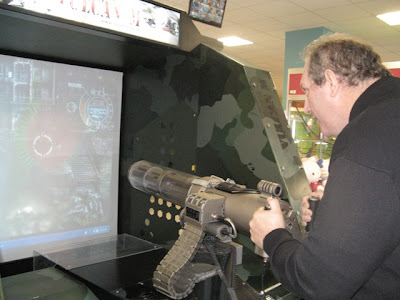 I had a few days of work earlier this week to coincide with the kids Half Term school break. On Tuesday we took them to Southend for a day at the Adventure Island amusement park. Despite being late October the sun shone pretty much all day and the kids had a great time on the rides.

However after 6 hours of this I was starting to get a little bit bored and I cast my eye in the direction of the Video Arcade. I found myself playing a game called Operation Vulcan wielding a monster of a chain gun and blasting aircraft out of the sky while laughing maniacally. I think I may have embarrassed myself a little. OK, more than a little, but that's never stopped me before.

I tried to explain to the kids how the games have moved on a bit since I was a nipper. But I'm not sure they understood what I meant when I described the very basic and jerky graphics I knew as a teenager. It's all a bit incomprehensible to a generation that have grown up on PS2's and X-Boxes. This Star Wars game was utterly awesome in its day and I remember spending a large amount of time - and a significant amount of pocket money - playing it while on holiday one year. Ah, those were the days! 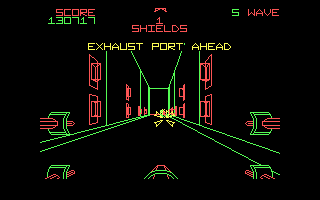