With the recent release by Battlefront of its Polish Armored Train I was trying to remember where I saw a battle involving a train, and then I found the picture I was looking for. This game "White Winter in Russia" wasnrun by the Southend-on-Sea Wargames Group at Salute 2009. It  was based on 20mm miniatures and a converted train set to represent a Partizan attack on a German supply train. 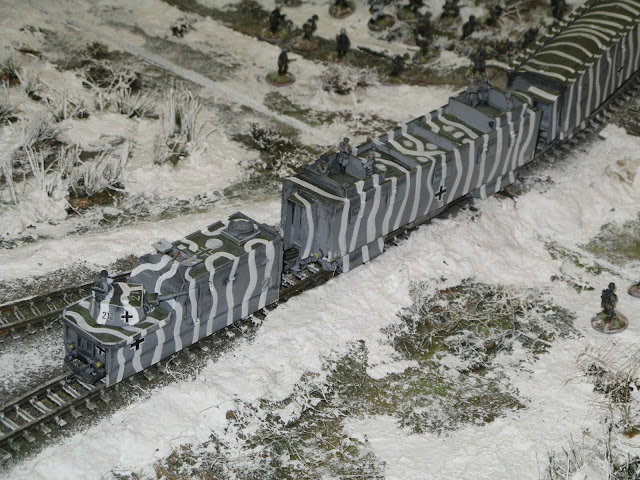