I recently found this old picture I took way back in 1990. Its an M4A1 DD (Duplex Drive) Sherman Tank on the breach front at Slapton Sands. It was recovered from the sea in November 1984 and now stands as a Memorial to all the men that lost their lives in the ill fated Exercise Tiger. 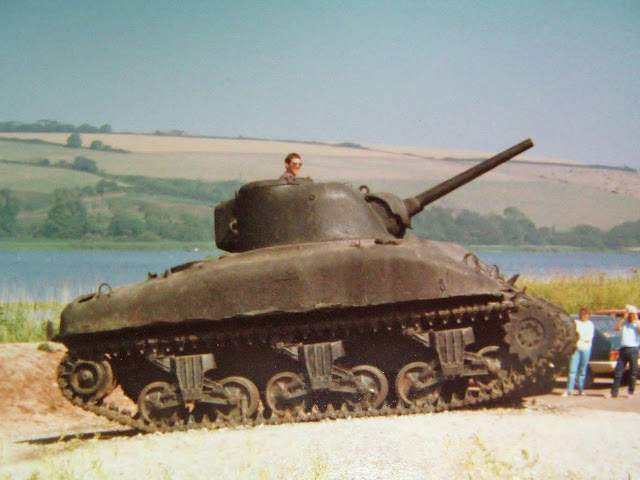 I'd like to add that I don't normally climb all over war memorials but in my defence I didn't know that's what it was at the time. Since this picture was taken the Tank has been repainted with black anti-corrosive paint, and now has a memorial plaque dedicating the site to the 946 soldiers and sailors that died during the exercise.
Posted by BigLee at 09:01