This is the Panzer IV Ausf D at the Tank Museum in Bovington. This particular vehicle originaly had the short barreled 75mm KwK L/24 gun but at some point it was replaced with the KwK 40 L/43 seen below. It also had considerable entra armour fitted and it is a testiment to good basic overall design of the Panzer IV that I was able to perform well through several upgrades. 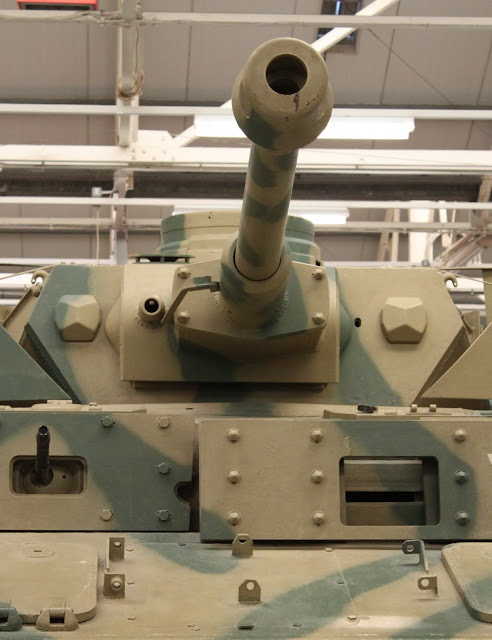 An earlier version - with the short barrelled gun - can be seen at the Imperial War Museum Duxford.
Posted by BigLee at 09:01