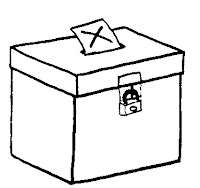 If you haven't done so already please register your vote on my Poll "What games do you Play?". One year on from the start of this blog I now have a healthy and growing readership. But I'm always striving to improve and I'm determined not to sit on my laurels. For that I need feedback from you, the readers. I'll write up an analysis of the results once all the votes are in. 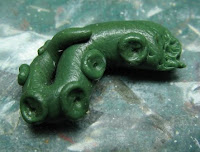 Just in case you think I've given up painting (it has been a while since I last showed off anything new) here's a picture of something I'm working on. In fact I have started four models and all are in various stages of completion. I actually had a productive weekend painting and two models are nearly finished. It'll be a few days before I post any pictures as they still lack varnish and the bases need to be dressed. This usually takes a couple of days to complete properly so I hope to have some pictures by or over the weekend.

A long time ago in a galaxy far far away I started work on a couple of M10 GMC Tank Destroyers for Flames of War. I reported on this blog that I was missing a part (the turret counterweight) but had contacted the parts replacement service number and was awaiting a response. Well that was 11th November and I still haven't had my part. I have however had three empty promises to send it and my model remains incomplete and un-started. The problem seems to be with the local (i.e. UK) supplier rather than with Battlefront but that's little consolation. I'm starting the process again - this time with a strongly worded email attached - and have my fingers crossed for a swift resolution. I'll keep you posted.