The Dagenham Dungeon Delvers met last night for our semi-regular D&D evening. Unfortunately the Rail Network had other ideas and our GM was stuck halfway from his home to our venue...so the game got cancelled at the eleventh hour. However as most of the group were already on their way we decided to pull out a board game and play something different for a change. Unfortunately the game we pulled was the Scooby Doo Board Game, ages 6+ 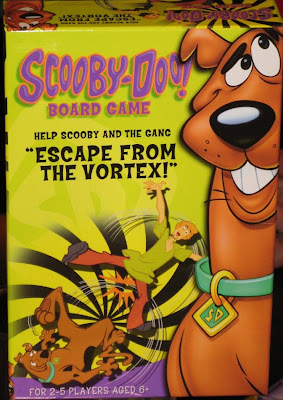 I won't go into the details of the so called game mechanics (oh the horror!) but I will say we thoroughly trashed the game by the end. As a group of play testers we can 'break' any set of rules, no matter how simple they are. 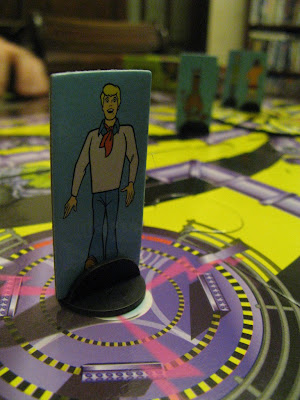 Having said that we had a good time (fueled by alcohol of course) and laughter was the order of the evening. 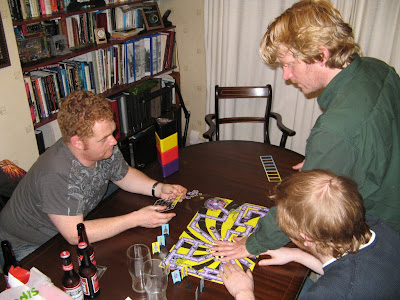 When we finished we also found time for a quick game of Star Wars Trivial Pursuit which rounded the evening off nicely and gave us a chance to flex our Geek muscles a bit.
Next time we have to find a game to fill in an evening I think we'll be a little more prepared.
Posted by BigLee at 09:15