Yesterday I took a trip to the Royal Engineers Museum in Chatham. Unfortunately no photography is allowed in the exhibit halls so the pictures here are from outside in the grounds. 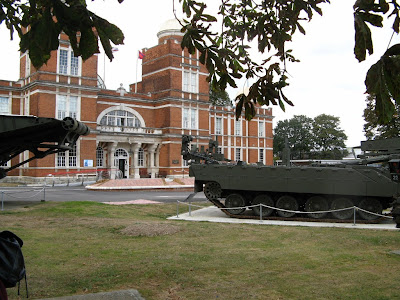 The Museum tells the story of the Corp of Engineers from its roots right up to the modern day. Some of the highlights (for me) include Wellingtons Map of the field of Waterloo - complete with bloodstains from Sir William DeLancy who received a mortal wound in the battle. Another highlight is the revolver and sword used by Lieutenant John Chard who commanded at Rorke's Drift in the Zulu Wars.

The exhibits are chronological in order and take the visitor through the period of the Kings Engineers (1066 to 1790), the French Wars (1793-1815), the Victorian Wars (South Africa, the Crimea, China), the First World War (1914-18) and the Second World War (1939-45). The latter exhibit also includes a fascinating section on the Mulberry Harbours and Bomb Disposal. The last exhibit looks at the Royal Engineers role in the Post War years. There is also a side exhibition of medals although I was rather disappointed to find that the promised 25 Victoria Crosses on display were actually replicas.

Outside in the ground there are several interesting vehicles that can be viewed close up. These include a rather impressive Churchill 6.5 AVRE (Armoured Vehicle Royal Engineers). This was one of "Hobarts Funnies" which saw extensive use on the beaches of Normandy. 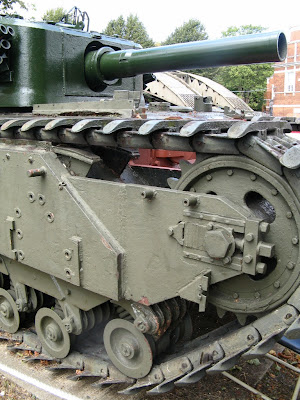 This vehicle was designed to fire a demolition charge for destroying buildings and fortifications. 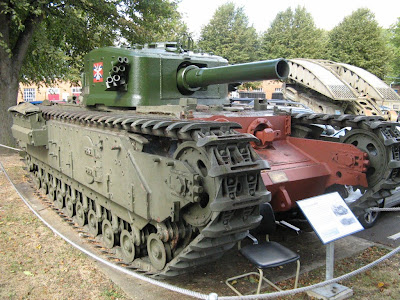 I'd definitely recommend a visit to this museum as there is lots to interest the gamer. Plus this weekend (5-6th Sept) the Medway Modelling Club is having a Model Show amongst the exhibits.
Posted by BigLee at 08:01