I'm on a roll with the painting lately which makes up for the poor start to the year. Here's the latest completed unit, a Mortar platoon for my growing 101st Airborne Company. 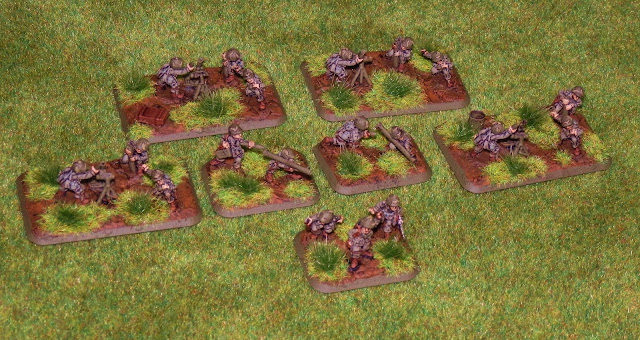 The Airborne Rile Company comes with two 61mm Mortar Teams but this platoon adds another four teams, this time packing the 81mm Mortar. These are man-packed weapons so they can keep pace with the rest of the company but they also have a 100cm range and can fire indirect bombardments and smoke. These should keep Fritz's head down! The platoon also comes with two Bazooka teams so my Airborne company now has eight of these in its ranks. Panzer's beware. 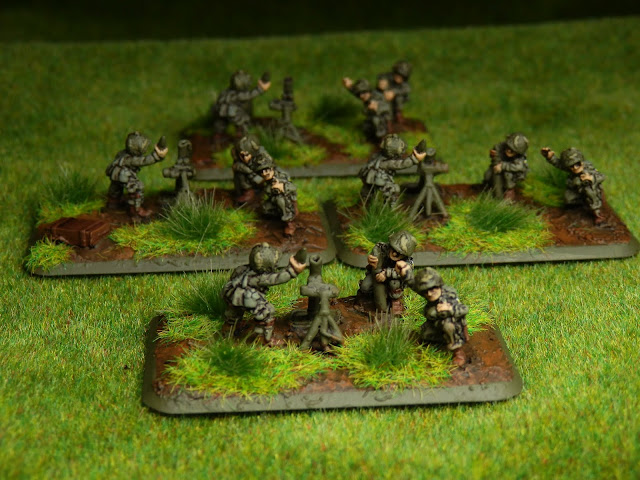 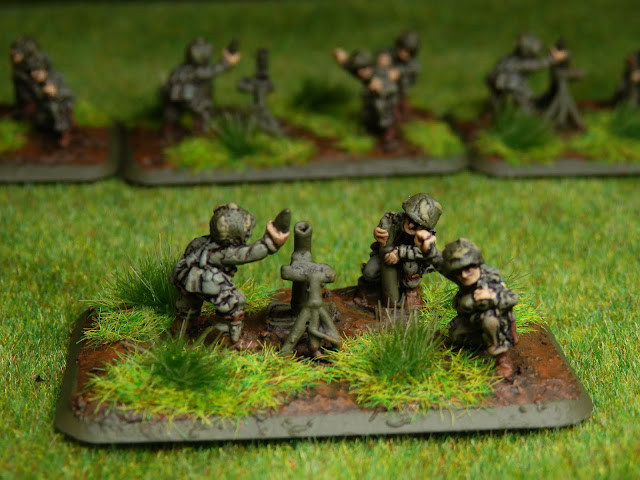 I have run out of the Screaming Eagles shoulder patch decals I bought last year so I had a go at painting them on freehand. Yes, its insane, I know. However the end result looks OK and definitely passes the Two Foot test, and from that range they look about the same as the decals.

By now I had several 'spare' models from various sets so I decided to make a Pathfinder marker using two radio operator models I found. Battlefront do sell a Special Order model for this but I think my scratch built Eureka Beacon (from a brass nail and some wire) looks the part. 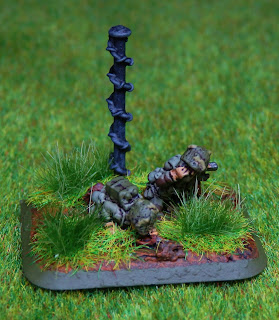 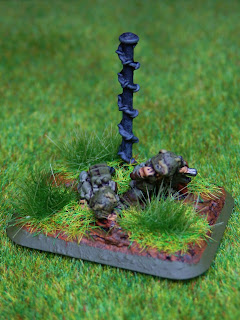