War Hero in my Family

I've been watching a new-ish TV series on Channel 5 called War Hero in my Family and its really rather good. The format is rather like the BBC series Who do you think you are? although as the title suggests it focuses on usually a single relative of a given celebrity and then only those that served in some capacity in the Second World War.

Personally I'm not all that bothered about the 'celebrity' aspect of the series - I'd be just as interested if the programme was about regular folks ancestors - but its the war stories the programme tells that I have found so engaging. Last Tuesdays episode for instance featured former cricket captain David Gower (who I like) and DJ Sara Cox (who I can't stand). Other celebrity's that have been featured have included Chris Tarrent, Helen Lederer, Paddy Ashdown, Ann Widdecombe, Quentin Willson and actress Lisa Faulkner.

I found the story of David Gower's uncles very moving. One was the captain of a Destroyer in the Arctic Convoys and was later awarded the DSO for his part in the D-Day invasion. The other uncle (younger brother of the destroyer Captain) was a Captain in the Royal Artillery and was killed on D-Day in the advance towards Caen. His story in particular was shocking in its abruptness but also because of the family pictures David still has showing a gentle looking young man who should have had his whole life before him. 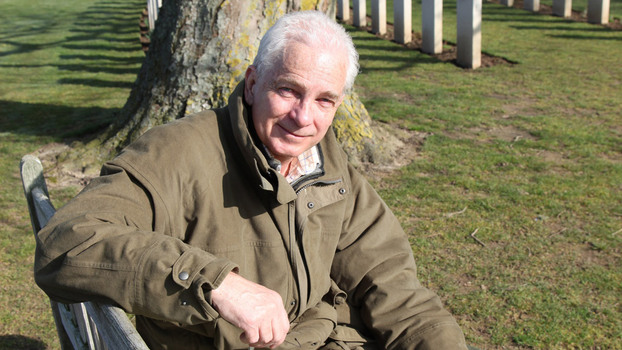 I've been privileged to meet and talk with many Normandy Veterans and their stories are incredible and vivid even 68 years later after the great invasion. They were lucky that they have had a chance to tell their stories but many young men never had that opportunity. One of the most important things that the viewer learned from the David Gower episode was that we should talk to our elderly relatives before its too late. The WWII generation is fading away fast and at some point in the next ten or twenty years we will suddenly find that they are all gone.

This first series is almost over but can still be viewed on the Demand5 website.
Posted by BigLee at 06:06