I've finished with my US Airborne Company for now so I have turned my attention back to my Lehr Panzergrenadier's. I already had a Platoon painted for use with my Tank Company but I decided that I wanted to expand this into a Company of its own. So I bought the extra models I needed when I was at Salute back in April and have now completed the HQ Platoon. The second Armoured Panzergrenadier Platoon will follow in due course. 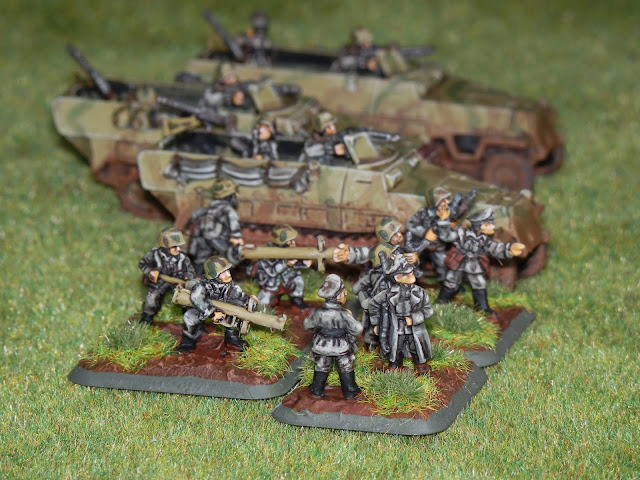 I have gone for a deliberately 'high key' look to these figures, accentuating the highlights to the extreme. Panzer Lehr Uniforms are a bit on the dull side and when I started these I just didn't think the colours popped out enough. So I decided to hit the highlights with a vengeance. Initially the result looked cartoonish, especially close up, but after dull-coating and when viewed from 3 foot away (typical table distances) they look really quite nice. When I paint the final platoon I may scale this back a little but I'm still going to keep the highlights stronger than I have in the past. 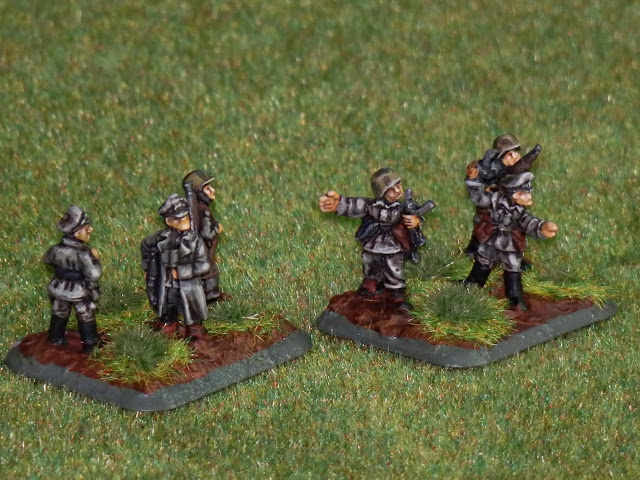 I have also opted for a slightly different grass tuft on the bases, to help differentiate them from my US forces (also because I used up the tufts I had and needed to start an new pack anyway). So I have gone for Short, Late Summer Tufts which are a darker green than those I have used before and look better against the green/grey uniforms of the Lehr infantry. 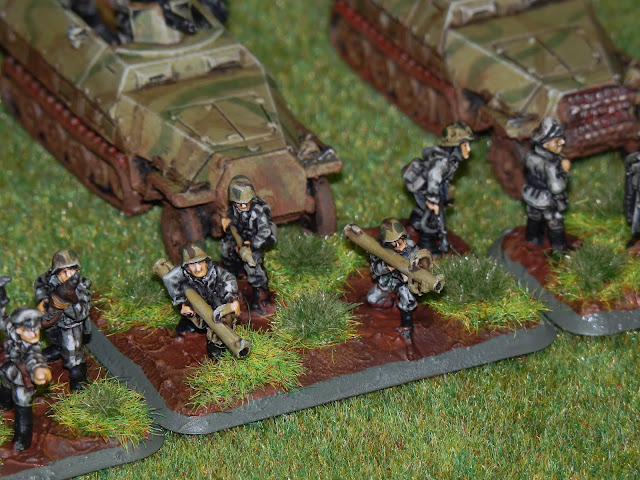 Here's the colour palette I used for these. This is partly based on the recommended colours for Panzer Lehr infantry presented in the Villers Bocage book but modified by me though trial and error when painting this platoon. 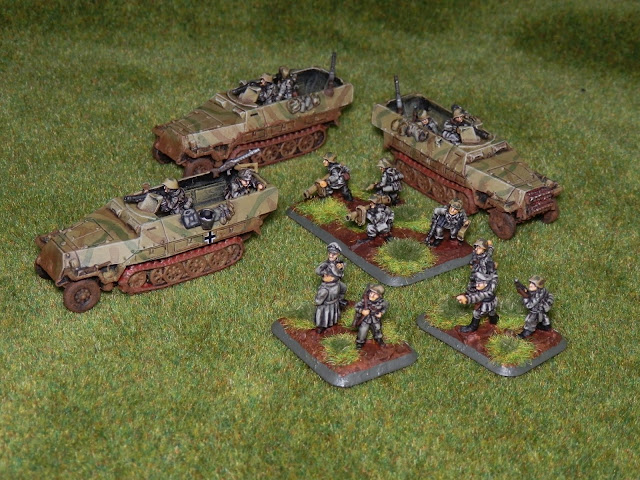 Once again I am determined to keep the forward momentum going so as soon as I had finished these I pulled out the next box of models to be worked on, another Armoured Panzergrenadier Platoon. These combined with the HQ will form the core of my Lehr Panzergrenadier Company and should give my US Airborne troops a run for their money. 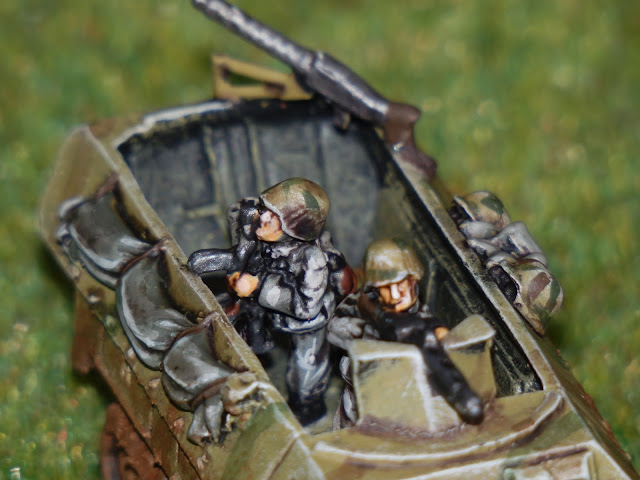 On a point of history I do realise that Panzer Lehr was not deployed against the American sectors until after July 2nd. Up to the end of June, the Division had taken a mauling in the battles for Caen and at the beginning of July it was moved to the much 'quieter' sector facing the U.S. 83rd Infantry Division. It took part in the defence of the area around Saint-Lô and on the assault of Pont-Herbert, again taking heavy losses. The final blow to the Divisions effectiveness in Normandy was its decimation by allied carpet bombing in the opening stages of Operation Cobra. 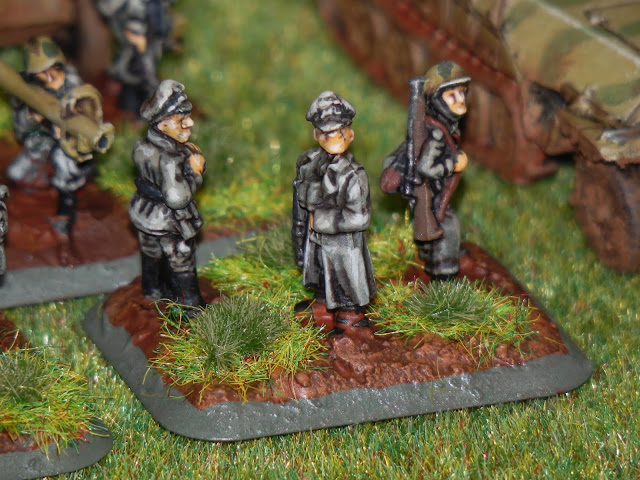 I have also pulled out my 'old' Panzergrenadier Platoon and will take a bit of time to give them a makeover. I'm happy with the Sd Kfz 251/1's as they look fine and match up OK with my new half-tracks but the Panzergrenadier teams need the highlights boosted a little. I also need to do a bit of work on the bases. Currently the static grass is rather plain and boring so I'll add some of the Late Summer Tufts and then I will add the appropriate base labels. 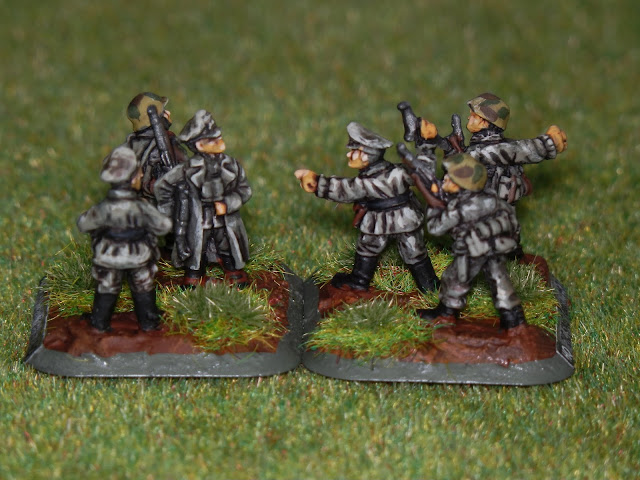 I'm really quite chuffed with how this platoon turned out and am looking forward to using them on the game table in the not too distant future.
Posted by BigLee at 09:34