This weeks Big Picture is a double bill. Both photos are from the Newlyn Collection and appear to show RAF crew scrambling for their aircraft. However I don't believe the first picture is authentic. Ray owns several publicity photo's from the making of the film The Battle of Britain showing the lead actors in costume on set and in character. Although this picture isn't labelled as such I think it is also a still from the making of the film. Having said that its still a very nice 'character' shot. 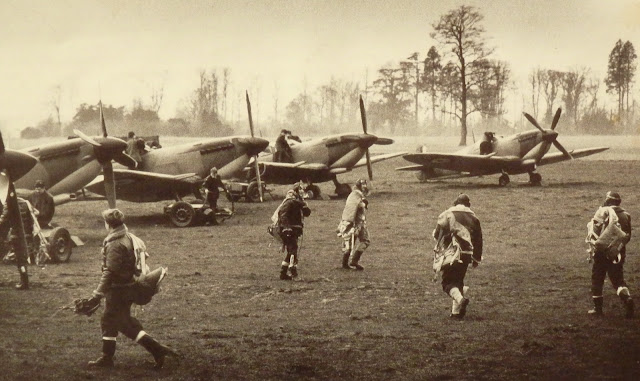 This picture on the other hand is the real thing. It was taken at North Weald Airfield (about 40 minutes drive from my home) and clearly shows aircraft in the distinctive E Pens. These defensive earthworks provided protection to aircraft and crew and some examples still remain at this airfield. 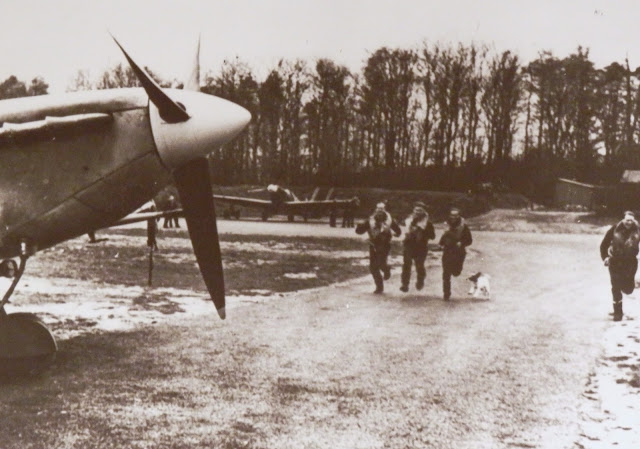 Unfortunately this second picture had little other by way of identification on the reverse so I am unable to put a specific date on it.
Posted by BigLee at 12:08