Regular readers won't find it unusual when I say that I'm not interested in Football. The Beautiful Game is a bit of a mystery to me, probably because there are no dice involved. So it may come as a surprise when I tell you that I went to Wembley Stadium yesterday and took part in a very interesting tour. This post has no wargaming connections of any kind - I just wanted to show off a few pictures - so if you're not interested don't feel obligated to read further!

Needless to say I wasn't at Wembley for the footballing heritage but as part of my job. I work in the Oil Industry and part of my role is as a Safety Representative for my site. Our main supplier of safety equipment was holding a 'Meet the Experts' day where we could talk to a range of manufacturers of PPE (Personal Protective Equipment). The tour of the stadium was part of the event and as I've never been to Wembley since the rebuild I thought it would be interesting to take a look around. 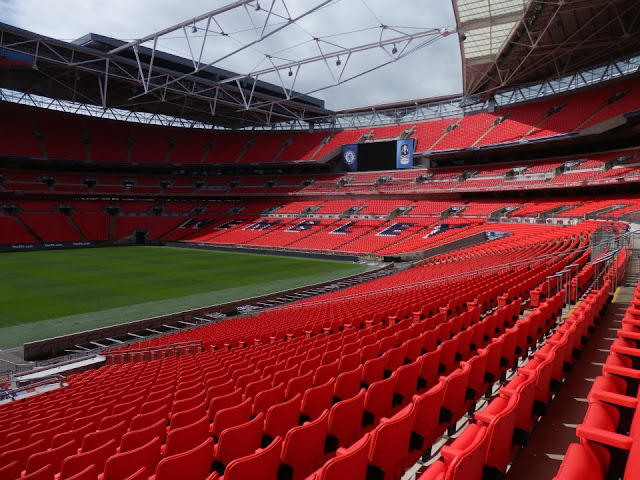 Wembley Stadium is huge and when you are down pitch side it looks even bigger. Walking out of the players tunnel its easy to see why so many footballers are Divas: nobody could keep their feet on the ground with 90,000 fans all cheering for you! 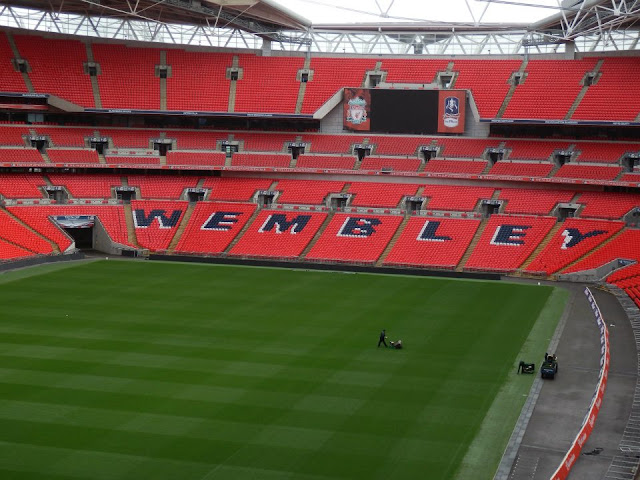 I have to say it was an interesting tour, even for a bloke like me who has no interest in football of any kind. I was more interested in the architecture of the building than its significance to British football. While the others on my tour were probably fantasising about playing football on the pitch, I was quietly mulling over the list of jobs sitting on my painting desk back home!
Posted by BigLee at 14:55