I took last Friday off work so that my Brother-in-Law and I could make a full weekend of our trip to Bovington for Tiger Day. On the Friday we drove to Portsmouth to visit the D-Day Museum. Afterwards we drove on to Lepe on the edge of the New Forest to see where some of the Mulberry harbours were built and where many troops were embarked prior to the invasion. I've been here before but this time I had more time, better light and a better camera to record the visit.

We set off early, had breakfast en-route and arrive just before the museum opened. It was a beautiful sunny morning and the area was very quite which meant we could explore and photograph the guardian vehicles outside without holiday goers getting in the way. The museum has a Sherman 'Grizzley' (a Canadian tank built under licence) and a Churchill 'Crocodile' flame thrower tank outside. Both vehicles are in good condition although it was rather sad to see that neither had escaped being daubed with graffiti, albeit a small amount. 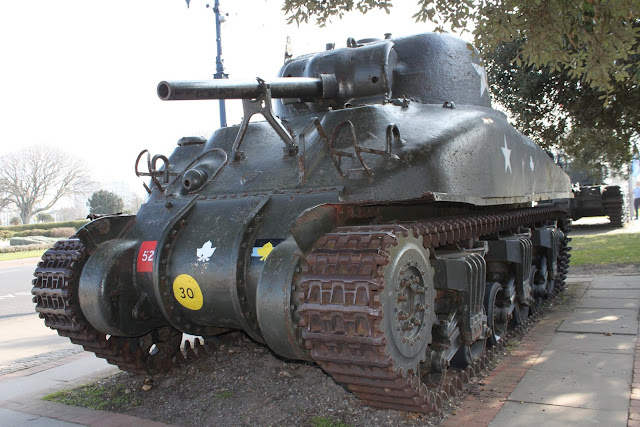 There are also several memorials by the roadside which had thankfully escaped vandalism. Most impressive was a tall bronze statue dedicated to Montgomery and a more subdued one of a seated soldier and dedicated to all those that lost their lives in the Second World War. 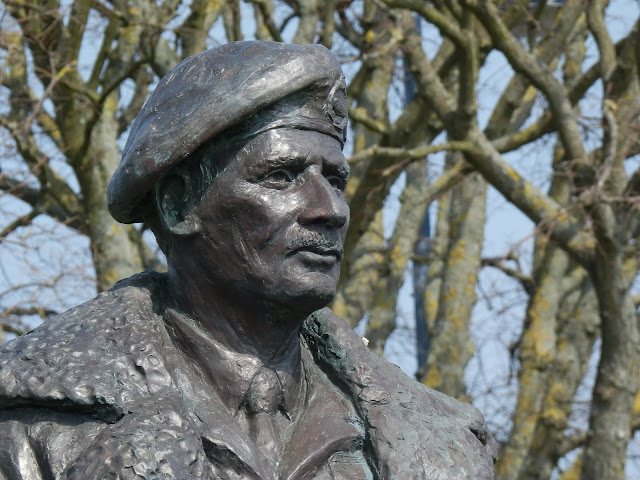 The first thing we went to look at in the museum was the Overlord Embroidery. This is the centrepiece of the museum and is the D-Day equivalent of the Bayeux Tapestry, tracing the Overlord story from its beginnings in 1940 through to victory in Normandy in 1944. It was commissioned by Lord Dulverton is 272 feet long and took the Royal School of needlework five years to complete. Being a gamer and a tread-head I'm not generally into needlework (as you might expect) but I have to say I was very impressed with this huge tapestry. The detail is quite spectacular with each panel telling a specific part of the story.

One of the things we found particularly interesting was the preponderance of information, designs and models associated with the building of the Mulberry Harbours. We were planning on visiting one of the sites of their construction at Lepe later in the day so this was especially relevant to our days activities. Its not until you see the plans and then visit the building sites that you begin to realise the scale of the undertaking. 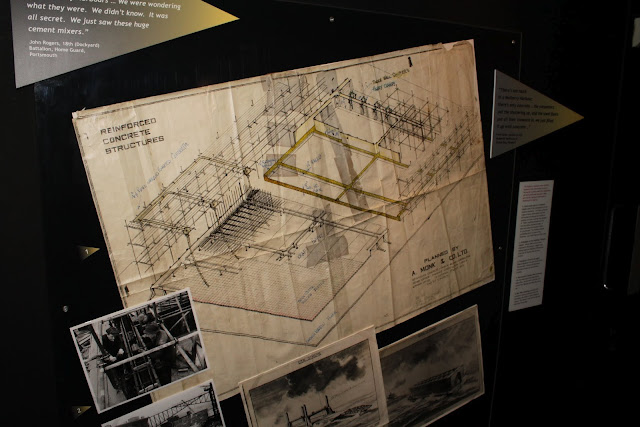 I had hoped that we would be able to visit Southwick House later in the day as well. This was the home of SHAEF in the run-up to D-Day and was where Eisenhower and his military commanders made the fateful decision to take advantage of a slight break in the bad weather and proceed with the invasion. This is also the site of the D-Day Wall Map which still exists and is available to view by prior arrangement. I had tried to get in contact with the Royal Military Police Museum which are also on the site to arrange such a visit but they never got back to me. I will try again and hopefully I can plan a visit at some later date. 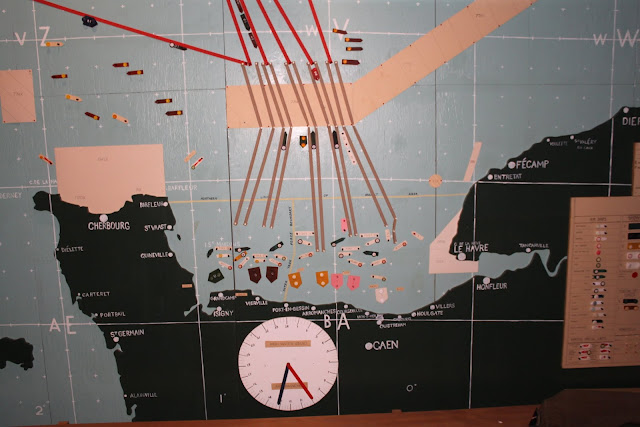 As well as lots of interesting artefact's associated with the invasion and a small selection of vehicles, there were also several interesting model dioramas. 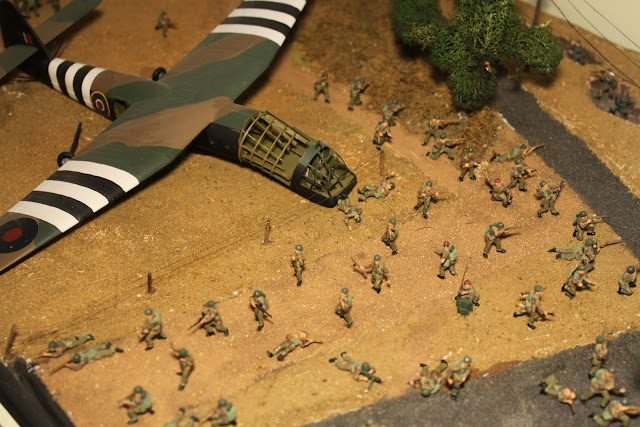 We stayed in the museum for about three hours then had a quick bite to lunch before taking the hours drive further down the coast to Lepe (on the Hamble Penninsular west of Southampton). This tied in nicely with our earlier visit to the museum as this was one of many places where troops and vehicles were embarked. 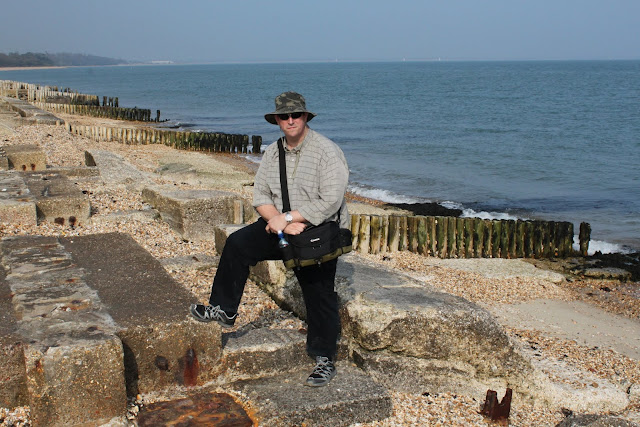 Before heading off to our hotel in Bere Regis (10 minutes from the Tank Museum) we were also able to sneak in a quick visit to the now abandoned airfield of Beaulieu. It started life as RAF Beaulieu in 1942 but later became USAAF Station 408 for the Ninth Air force. During the war it was used as a bomber and fighter airfield and afterwards for experimental work before it was closed in 1959. Most of the concrete runways were removed and much of the area has now been restored to heathland.

I think you'll agree we packed a lot in on the the Friday! By the time we had arrived at our hotel and had dinner we knackered but geared up for the following morning and our part in Tiger Day. Here's a slideshow of all our pictures from the museum.