This was the PBI (Peter Pig's Poor Bloody Infantry) participation game at last years Firepower show in Woolwich. The rules were simplified to make fast play by complete novices (like me) a possibility. The game moderator played the Germans as they defend the Brandenburg Gate against either American or Russian infantry. I can honestly say that when I played this short game my dice were blessed. I only lost three units on my advance through the rubble that was Berlin and I eventually took all the objectives. According to the scoreboard I had got the best rating of the day up to that point so I was very happy with the result. 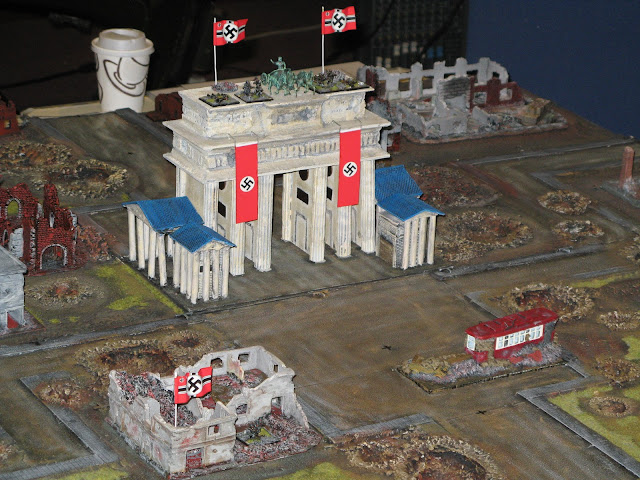 Unfortunately I missed this years event but its definitely one I will try to attend next year (once the date is announced I'll post it on the Events Calendar page.
Posted by BigLee at 09:01