This memorial to British Vice Admiral Bertram Ramsay stands in the grounds of Dover Castle overlooking the Channel. Ramsey masterminded the evacuation of the British Expeditionary Force from Dunkirk at the end of May beginning of June 1940. Much of the panning and logistics were carried out in the fortified tunnels below Dover Castle where Ramsey was able to overlook the evacuation efforts. 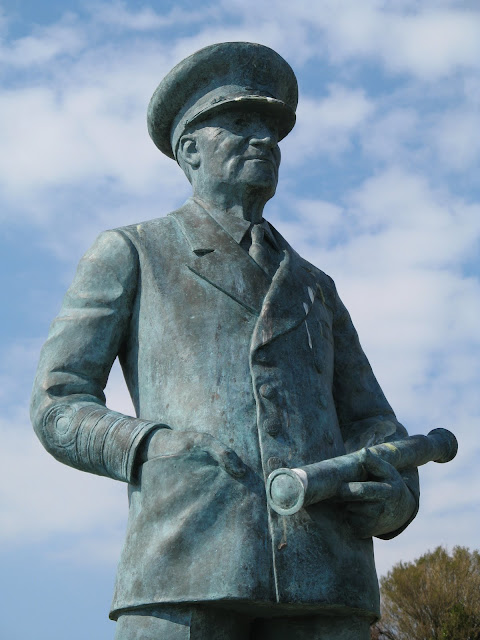 ﻿In total 338,226 allied troops were rescued from imprisonment. Churchill himself understood the implications should the BEF be lost in France when he said "The whole root and core and brain of the British army, on which and around which we were to build, and are to build, the great British armies in the later years of the war, seemed about to perish upon the field or to be led into an ignominious and starving captivity." Instead returning soldiers were put to use in the defence of Britain and later saw action in North Africa and later still returned to Europe as part of the Allied Invasion of Normandy.
Posted by BigLee at 09:01