Today in 1941 is "a date which will live in infamy"... the Japanese attack on Pearl Harbour.
This photograph taken from a Japanese plane during the torpedo attack on the ships moored on both sides of Ford Island. The picture includes Battleship Row at the beginning of the attack. The explosion in the center is a torpedo strike on the USS West Virginia. 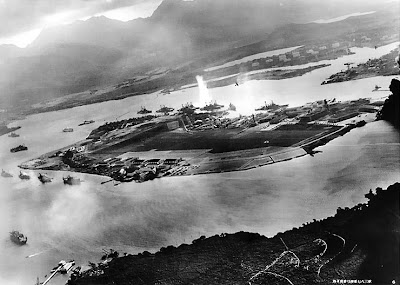 The attack took place before the last part of a 14 part message was delivered to Washington and therefore before the formal declaration of war. The surprise nature of the attack changed US public opinion significantly from their previous isolationist position. Nazi Germany's declaration of war shortly after also propelled the USA into the European theatre of WWII.
This has always seemed to me to be a hard battle to recreate in a game but I was proved wrong at Salute 2005 when the South London Warlords staged their realisation of the action. 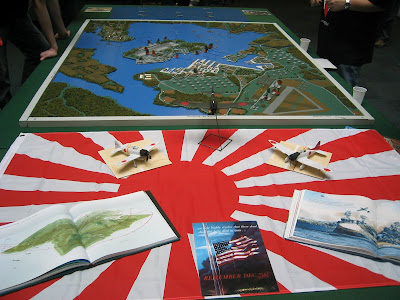 The level of detail was quite stunning with lots of background information available for visitors to read. 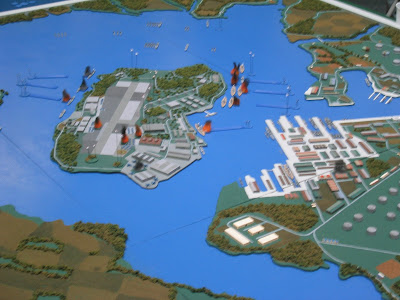 Email ThisBlogThis!Share to TwitterShare to FacebookShare to Pinterest
Labels: Today in History, WWII