Now and again I highlight some of the great websites and blogs that I follow. Check out the Iron Mitten blog. If Roman is your bag you'll like this blog. Filled with excellent original artwork and some excellent game reports, today they have a couple of cartoons about lucky/unlucky dice rolls.


Dice were invented independently all over the world and often to different designs. In ancient times the result of a roll of a dice was not considered to be luck. Rather the outcome was believed to be controlled by the gods. The Roman goddess, Fortuna (daughter of Zeus and Lady Luck herself) was believed to determine the outcome of a throw. Dice were even used as a way of choosing rulers, predicting the future and settling disputes. 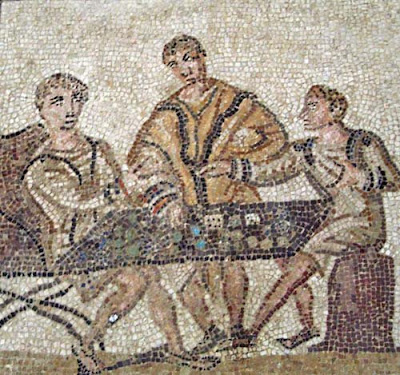 Roman literature often describes dice games and gambling as an immoral act. However judging from the number of dice found in archaeological digs this didn't discourage the Romans from keeping and presumably using dice. The Romans even had their own d20. Such examples sell for hundreds (even thousands) of dollars and are much sought after by collectors. 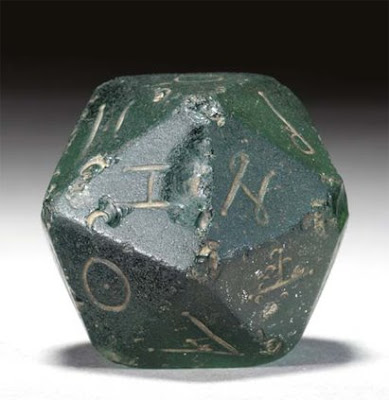