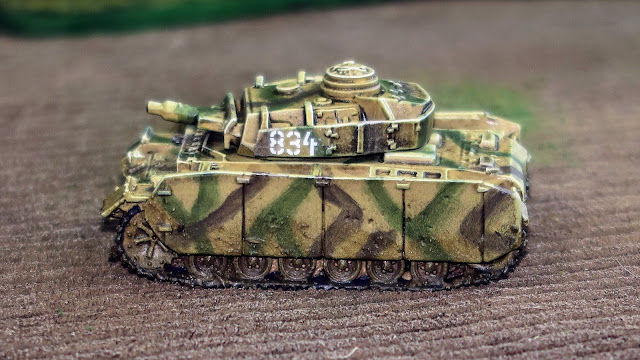 The Ausf N had frontal armour of 50mm and side armour of 30mm so it wasn't as well protected as its larger cousins. However, it had a maximum road speed of 40 km per hour with an average speed of 20 off-road making it's relatively 'nippy'. Its theoretical range was 155 km on roads and 95 km off-road and like all German armour towards the end of the war was limited mostly by fuel supplies rather than spare parts. As well as the main gun it could carry 64 rounds of a mix of 7.5cm armour piercing and high explosive shells, and 3750 rounds of a 7.92 mm machine gun rounds, belted in 150 round bags. 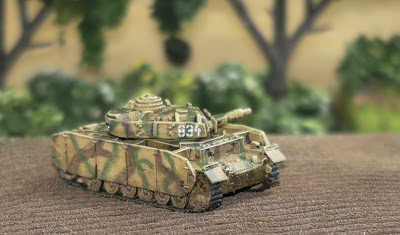 It looks fairly small compared to the Mark IV and of course Panthers and Tigers. At just two-and-a-half meters high and weighing in at about 23 metric tons, it was a lightweight compared to the heavy vehicles that we are used to seeing. However, its ability to ford 60cm deep water, cross a 2.3 m wide trench and obstacles up to 60 cm tall (and climb a 30 degrees slope) made it an ideal infantry support vehicle. In the Russian campaigns, they were fitted with Schurzen to protect the sides from anti-tank rifle fire. This practice also provided some limited protection against bazookas and PIATs later in the war. The Ausf  N saw service in Russia, North Africa and Europe and the Germans even gave some to their allies in Hungary.

Production ended in 1943 but some of these were still in use 1944, albeit in very small numbers, continuing in their role as infantry support tanks. However, by this time most surviving Pzr III's were being taken back to be converted into the turretless Sturmgeschütz III.