This is my Panzer Lehr Tank Company. The picture includes a couple of Opel Mautiler Trucks and a platoon of Stug's that don't necessarily fit in my Army List but I had the models so painted them up anyway. 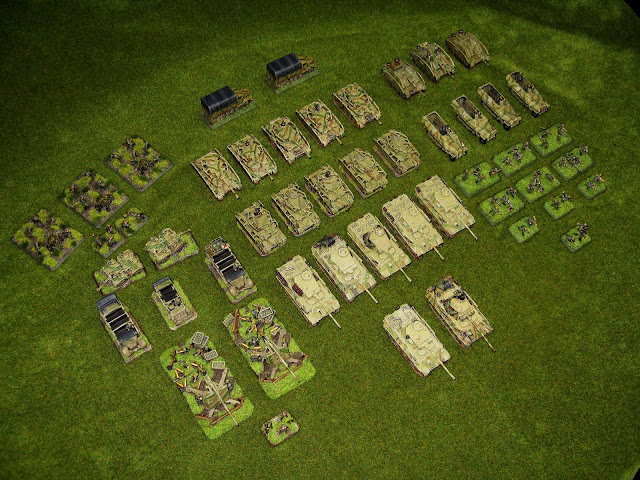 
I'm not sure where to go with this unit next, aside from providing some artillery capability. I may just opt to start building another Lehr army to compliment this force - such as a Panzer-grenadier Company - but I haven't made my mind up yet. Before I go rushing off and buying models I need to be absolutely sure what I want to build and pre plan the army list before I start. This Lehr force has come together based on what I wanted to paint rather than according to any pre-conceived plan, which probably isn't the best way to build an army!
Posted by BigLee at 15:00