I've been going through a load of old pictures recently and, where necessary, scanning them onto my computer. There was a time when I used a camera with something called 'film' in it. I'm not sure how I managed to cope in the days before Mega-pixels and SD cards. Back in 1992 when I took this photo I brought 15 rolls of film with me to Egypt- enough to shoot a mere 540 pictures. These days I carry enough memory capacity to comfortably shoot a four or five thousand pictures. 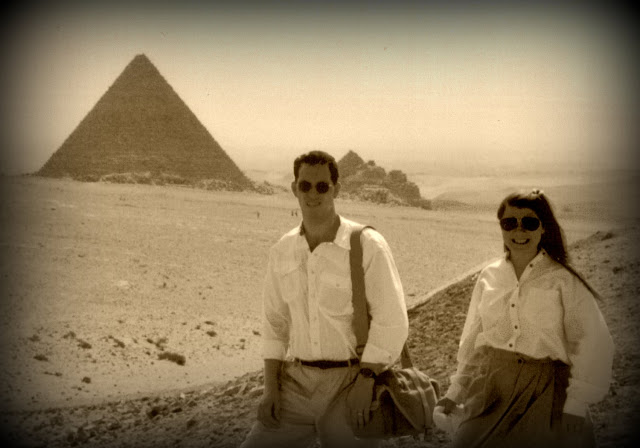 With a little bit of computer manipulation I've aged the picture to make us look like a couple of plucky European explorers from the 1920's! All I need is a pith helmet.
Posted by BigLee at 17:30