I have finally completed a US Rifle Platoon for my Flames of War US 2nd Armoured Division. I would have finished these earlier but I was agonising over which type of wash to apply to them. After several product tests and experimentation I opted for the Games Workshop Devlan Mud and am really pleased with the results. 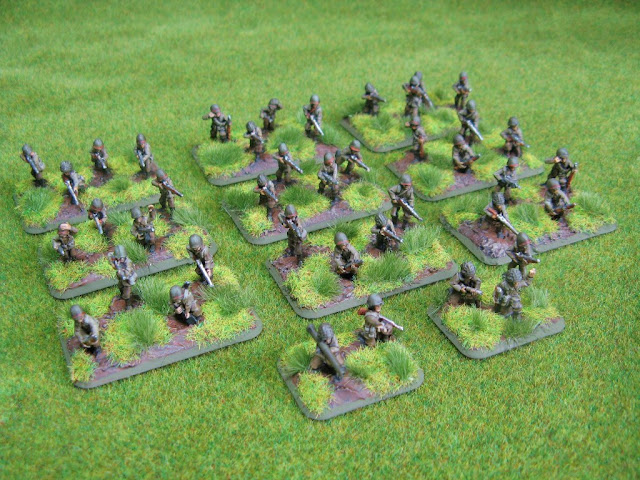 As mentioned previously I feel like I'm only now - after nearly two years - starting to get to grips with painting 15mm figures. By that I mean I have settled on a routine and ironed out the techniques that I need for painting in a scale which is 'new' to me. I've been painting miniatures since I was about 13 (nearly 30 years ago!!) and during most of that time I have almost exclusively painted 28-32mm figures, so scaling down to 15mm has meant I have had to re-learn my art. I'm not about to enter my figures in any painting competitions but I'm happy I can now field a reasonably painted army for gaming with. 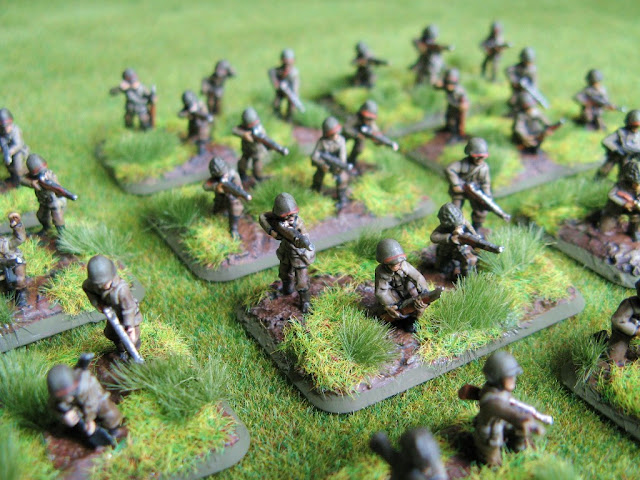 I'm also half way or more through painting some M5A1 Stuarts, again for 2nd Armoured. These will bring my US forces up to about 2400 points, a good solid core on which to build a larger force from which I can select when putting together armies for games. Tomorrow I'll post some updated pictures of all my current US & German forces.

Talking of which my Brother-in-law and I are scheming and planning to get one or other of our houses free of partners and children for a day so we can play with our "toys" in peace. Last time we scheduled a game my house was bedlam, and not a suitable environment for either of us to learn the rules.
Posted by BigLee at 13:02