Warp Speed, or not 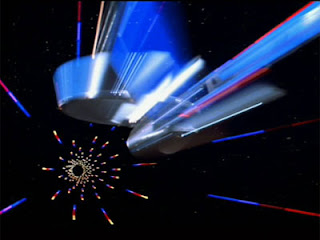 I don't often bring up science stuff on this blog but several articles today have got my juices flowing and I thought it worthy of a mention. News services are abuzz with the story that physicists at CERN have found an anomaly in their data regarding neutrino experiments which suggest those particles travel faster than light. I expect anyone with even a passing interest in science will know that this, if proved correct, could turn physics on its head. The speed of light has been a constant and integral part of Einsteinian relativity for most of the century and is core to our understanding of how the universe works. This data rips that constant up, puts on a jetpack and warps off to Vega for a dirty weekend! 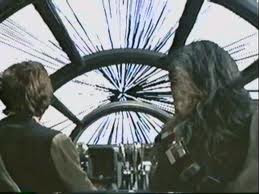 Now before everyone starts planning which star to visit first I should point out that despite the sensationalist media reporting this is not proof of faster than light travel. Indeed even the scientists that found this data have called it 'crazy' and have published it in order for it to be properly scrutinised by peer review. This is how real science is performed and unlike conspiracy theorists and woo-woo purveyors the world over they want to find the truth, even if they are wrong. That's the difference between pseudo-science and real science folks.

Anyway I digress... while I (and the scientific community) remain healthily sceptical, I'm still excited by this data. After all who wouldn't be just a little bit excited about the possibility  - albeit remote and likely to be disproved - of faster than light travel. Deep down, we would all like to be able to do the Kessel Run in less than 12 parsecs!
Posted by BigLee at 16:14