The Los Angeles Times announced today that Frank Frazetta has died at the age of 82. Frazetta was a prolific artist who started out working on comics like The Shining Knight and Ghost Rider. However it is his later work on the Conan paperbacks of the 60's that made him famous amongst fans of the fantasy genre and later still amongst players of games like D&D.
Frazetta once claimed that he never read any of the Conan stories, yet somehow he perfectly captured the essence of the rugged barbarian from the north. His covers have become synonymous with Robert Howard's greatest character and the two will forever be inextricably linked in the minds of many readers. 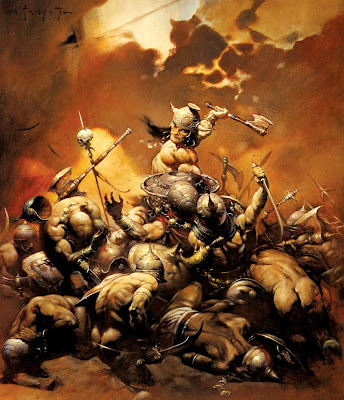