I received my copy of Wargames Illustrated (issue 272) yesterday and as usual I was not disappointed. This months theme is Napoleonic and focuses on the often complex political landscape and loyalties of that period. Like many gamers I enjoy looking at Napoleonic display games with their brightly coloured ranks of soldiers and regimental colours. This issue is full of full colour pictures to whet your appetite and stimulate the senses.
Whether you play the period or not I defy anyone not to find something of interest in this issue.

As an added bonus this months issue comes with this excellent Osprey guide absolutely free. I'm not about to rush out and buy a Napoleonic Army (despite the excellent range of choices in both metal and plastic now available to gamers) but I'm still looking forward to reading this guide. 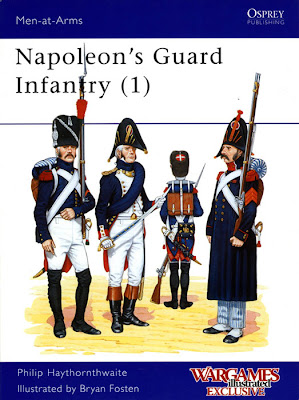