The Evil's of Choice

The following is an extract from a long running email conversation I've been having with the EvilGM about the relative merits of 4E and in particular levels of complexity and choice. 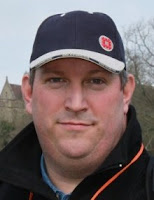 BigLee: I spent a couple of hours looking through Adventurers Vault and the PHB for a magic item that inspired me and all I ended up with was a headache. I know the developers wanted more strategic combinations for players but after a year playing 4E I’m still of the opinion this version is more complicated than 3.5 or earlier. I’m not advocating a return to Basic D&D but I think I spend more time focusing on the multiplicity of rules/powers/conditions/effects than on roleplaying now.

EvilGM: I agree there is quite some complexity - I find myself referring to the PHB to double check exactly how something works at least once between games. Yes, the rules are more complex, that I can't deny, but mainly because they have tried to put everything "on the table" - ie you have keywords, and bonuses and conditions etc, rather than previous editions where everything had to be looked up. One thing I will say in favour of 4e is we rarely refer to the PHB in the course of the game - everything is on the sheet now

BigLee: Yes 4E has more subtlety and sophistication than basic D&D but I sometimes look at my six page character sheet and long for simpler days. It doesn't feel like D&D anymore. I’ll be the first to admit that I suffer from an excess of nostalgia but I bet if you asked our group which version of D&D they preferred; only one of them would say 4E.

EvilGM: Not sure I agree with you that this isn't the same game anymore. For me it generally plays the same, and that’s what counts. Yes, in a many respects it's very different, but for me the biggest difference is choice. In Basic D&D a lot of the rules were pretty clunky having been adapted from a wargame. Sure the game was a lot quicker and simpler, but I honestly think we'd all find it way too restrictive now. [Basic] had very few options and choices

BigLee: I think this is the crux of my problem with 4E… its too complex for simple minded players like me. That’s not to say its more complex than earlier version. I understand that it has simplified and streamlined many of the complexities and inconsistencies form earlier editions. But I remember one of the articles on the WotC site before the release of 4e talking about the design brief for the game. One of the stated objectives was to give players a wide range of options and builds so players could customise their characters and find unique strategies for play. I groaned inwardly because I knew this wasn't a game driven decision, it was part of the Business model. Without the option for complexity and customisation there would be no need for dozens of supplements to keep the publishing machine grinding onwards.

EvilGM: I'd say too much choice is counter productive, as the number of options goes up the differences between them drops, reducing the distinctions between the choices. A big flaw is assuming everyone actually wants lots of options. And the attempt to give a series of 'frameworks' - ie conditions, power keywords, attack types (melee, ranged, close, burst) creates a big learning curve. In theory once you get your head around these concepts it removes the need to constantly refer to the rule books to resolve difficult situations and should remove the rules conflicts that plagued previous editions. But getting your head around it all can be more work than you expect in a game.

BigLee: I think I’ve finally found what I don’t like about 4E… and it’s not the rules. It’s the business model that has turned every edition since AD&D into a horribly over engineered and complex monster. The core concept of 4E is good but from the core rulebooks onwards they have deliberately designed the game to be complex. Don’t get me wrong, I like to customise. I like choice. But there comes a point when too much choice actually has a negative effect.

EvilGM: It's an important point - they are pushing choice so much they forgot about the people who don't want choice. I like options, but give too much choice and the differentiations between the choices disappear to the point where they are negligible - and your 'choice' disappears.

BigLee: Don’t get me wrong I like some choice… I just feel sometimes that there are so many options available, and so many permutations and combinations, that I’ve become ‘snow blind’ to the lot. I might as well pick powers and magic items by closing my eyes and shove a pin in the book as I flick through. A dearth of options is definitely a negative point of 4E (and 3e/3.5) for me… and I’d suggest it’s also a problem for players who like choice and a multiplicity of options, because their fellow players PC’s are always such a disappointment.

As you can see 4E still divides opinion in our group. We won't be breaking out an earlier edition to revert to, but neither will we be rushing to buy the inevitable 4.5 edition!