I spent a very enjoyable evening at my Brother-in-Laws the other day, and we got a game of Zombies! in. My daughter also joined which made for a very challenging game (she's a ruthless player!). 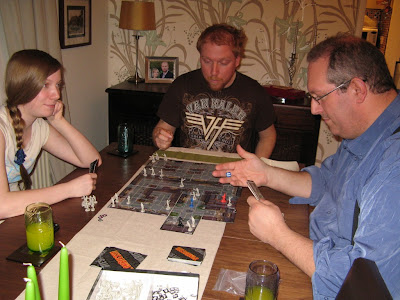 This was one of the longest games of Zombies! I have ever played. The balance of advantage shifted from one player to another constantly and the betrayals and stabs in the back flew thick and fast. However I eventually saw my chance and prepared to make a mad rush for the Helipad and escape. 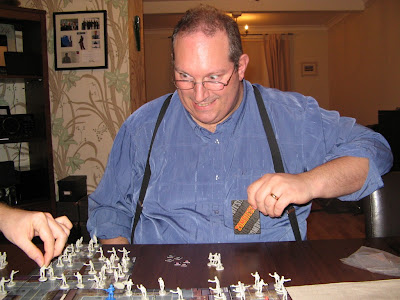 Luck was on my side as I had an awesome combination of cards that got me past the insane number of zombies blocking the exit route. 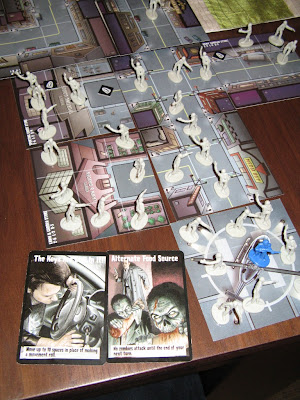 Victory was mine! I tried to be gracious with my win... but the mad laughter and victory dance could not be contained. Bwahaha.
Posted by BigLee at 09:01