Here are the first few of my pictures from the weekends SALUTE 2010 event. I took over 600 photo's and needless to say its taking a while to process and sort them out. I'll try and get them all available to view by the end of the week. In the meantime here's my first impressions and a few key pictures.
The warlords changed the way Advanced Tickets and the prize draw were handled this year and this appeared to impact on the size of the so called Q-Buster queue. I suspect that many more people bought advanced tickets and having done so decided to take advantage of the early entry this normally brings. The result was the biggest queue for Salute that I have ever seen. It wound down the concourse, across into an empty unit and then snaked back and forth several times. there were several jokes about the Queue being so long we were in a different postcode to the show... S8 presumably. 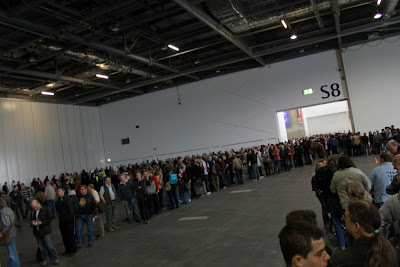 Having said this everyone seemed in good cheer and once the queue got moving we were processed swiftly and soon found ourselves inside the show. I didn't take part in the painting competition this year, instead concentrating on taking pictures and talking to as many people as I could. I have to say this year everyone I met seemed to be particularly gregarious and friendly. So much so that by the end of the day I really thought I might not have time to visit every stand and table. I finished my tour of the hall with just 15 minutes to spare and then whizzed round again and made some last minute purchases.
I came away with loads of 'Loot' including the new "Bridge too far" game by Battlefront. I also bought several units for my growing Flames of War Panzer Lehr Tank Company. As usual I also took advantage of so many traders in one place to stock up on all my modelling and painting supplies. 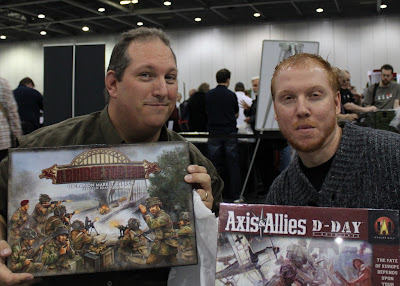 Unfortunately some items were not for sale, such as this truly awesome remote control King Tiger. Even if I had the money (which I don't) and even if I could convince the wife I needed it (which I couldn't) I'd have never got it on the back seat of the car. Maybe I could have ridden it the 4 miles home? 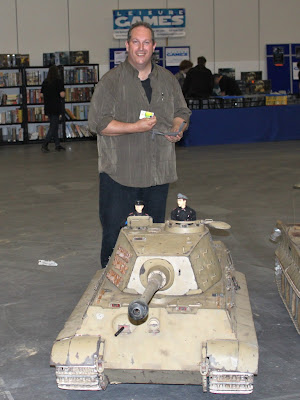 I thought the Warlords handled the whole event with their customary professionalism and good humour. The handling of the presentations for instance was slick and well organised. They streamlined the presentation process and brought its timing forward slightly which I felt worked better. This is especially true if you happen to be the lucky winner of the £500 prize draw. In previous years the winner has had less than 30 minutes to spend the Salute cash whereas this year the winner had a much more relaxed 90 minutes. 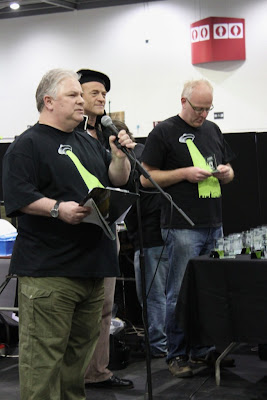 On Wednesday I'll post pictures of some of the games at this years event. I thought the standard was very very high and every table was a visual feast... which is why I ended up taking so many pictures.
Posted by BigLee at 09:01