I picked up my Brother-in-law and we set off about 8:45 which was a little later than planned but still early enough based on past experience… then the schedule started to go to hell. We had a relatively short journey down the A13 towards London, turning off towards the Royal Docks and Excel. The journey should take no more than 15 minutes from Dagenham but heavy traffic turned this into 30 minutes.

Then we had to negotiate the parking attendants! Last year we were able to park where we liked in the underground car park but this year we were directed to a parking space that was at the opposite end of Excel to where the show was. It then took another 15 minutes to get a ticket so by the time we got up into excel it was already 9:45. None of this was the fault of the Warlords of course, but Excels staff leave a lot to be desired! I suspect that part of the problem is the immanent arrival of the G20 next week. There were lots more police and staff around than I have seen in previous years and this didn't automatically translate into smoother handling. 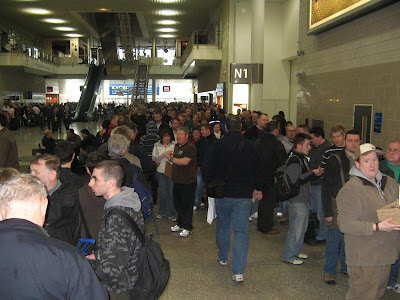 When we got into the concourse of Excel we were a bit disoriented and briefly joined the wrong queue (for the International Diving Exhibition!). Eventually we found the queues for salute which were HUGE. It certainly felt busier than normal this year but maybe arriving later than normal just distorted my perspective. None the less we were able to join the Q-Buster queue and pretty soon were moving towards the entrance. 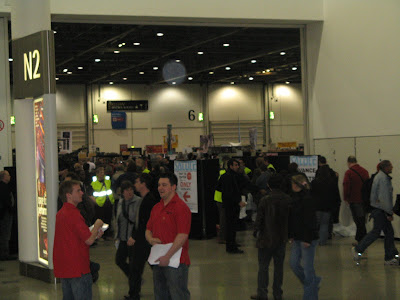 Arriving latter than planned didn't delay our entry to the exhibition by more than 5 or ten minutes but I still felt it was a pity we were not in the queue earlier. I enjoy the excitement and camaraderie that seems to build in the queue before the doors open. Rest assured, I'll be leaving earlier next year!

With our hands stamped and clutching goodie bags we entered the exhibition hall. Despite having been to previous Salutes at Excel I still gasp at the size of the space. I liked the character of Olympia but it had definitely outlived its usefulness. Excel (for all its faults) can continue to accommodate Salute for many years to come.

My first priority on entering was to book my competition model in. Not having any previous experience of this I fully expected a big queue and a long wait. But I was pleasantly surprised by the speed of the Warlords staff and had my model booked in and was away hitting the stands within ten minutes. 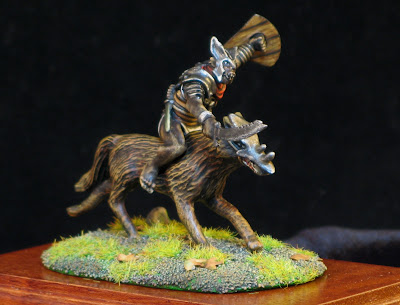 Unlike previous years the main focus of my time at Salute this year was on the display and demo tables rather than the trade stands. I had a modest shopping list of items (and still managed to spend as much as last year) but I was more interested in getting some good photos of the tables. And I was not to be disappointed in that respect as the standard of the display tables was as high as ever. I’ll come back to my highlights later. I spent the first hour and a half touring the tables and then met up with one of my friends and his young son. We had a quick look at the painting competition entries together and they then went off for a wander on their own for a while.

I had a brief look at the Bring & Buy stand at this point. It had been four deep when I passed it earlier and had decided to return when the scrum had dissipated! I didn't buy anything this year (I usually get something). After lunch I resumed my tour of the tables until the announcements of the painting competition entries were made (I didn't win anything but enjoyed entering non the less). 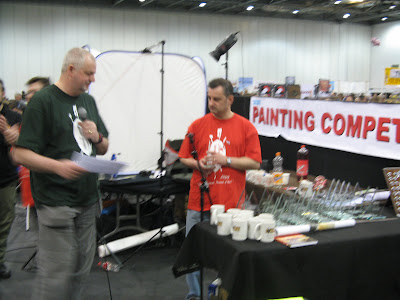 There just remained enough time for a last minute tour of traders I had missed or wanted to revisit before collecting my model and staggering to the exit and my car about 5 to 5.