Last week I submitted eight bases of infantry/Bowmen for my 4th Century BCE Indian Army and today its the turn of the rest of the infantry, this time Javalinmen. I'm not really sure they can be described as Javelinmen though as these troops carried a weapon that was more akin to a spear than a throwing weapon. 4 Cubits long (about 6ft) with a cane or bamboo haft and a leaf-shaped metal head. These infantrymen also carried a long cane or hide shield, nearly as long as the wielder but not as broad providing a limited degree of protection. 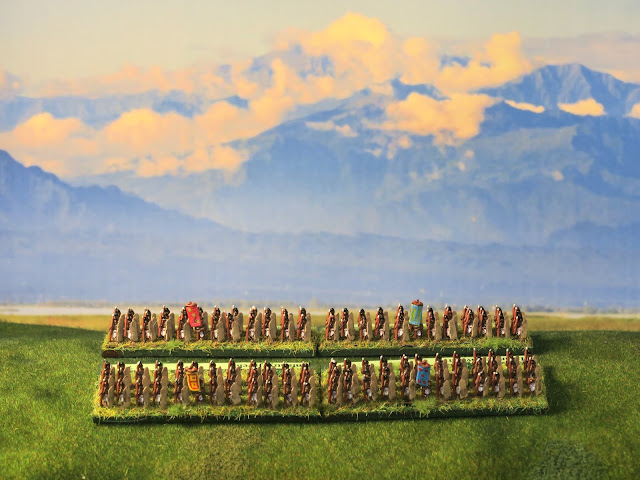 I've really struggled to find any pictorial sources for these troops online (or elsewhere for that matter) so the only description I have doesn't mention if their standards were coloured or not. I have decided to give each unit a different banner so they can be differentiated but if I find any better information at a later date I can easily repaint the standards. 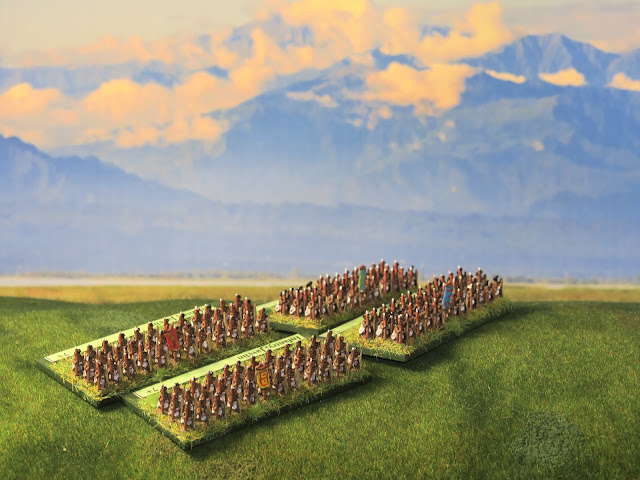 As with the bowmen, the 'uniform' of these troops consisted of a white cotton high waisted 'kilt' and sandles so these were pretty easy to paint. 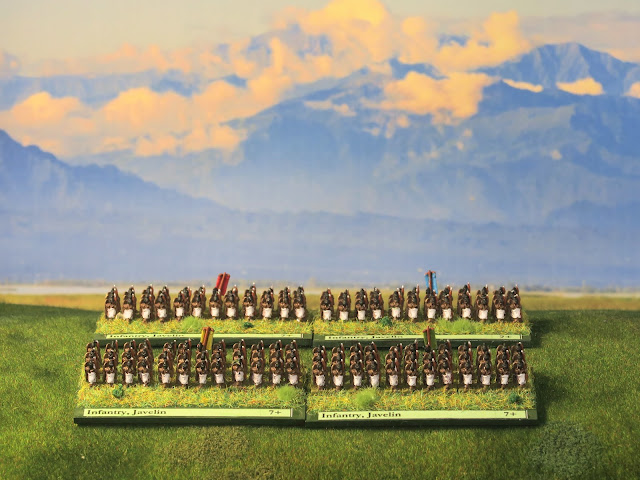 With the infantry now completed its time for me to think about some of the more 'glamorous' units, namely Elephants and Chariots. I'm back to work now so I expect productivity to drop off a bit from now on but I'm comfortably on target with a bit to spare, so thus far my Challenge is going very well.
Posted by BigLee at 07:51