My progress in the Painting Challenge continues to move forward at a pace and my latest entry is on my journey around Challenge Island. I'm now taken at Benito's Brook with my heroic RAF pilot definitely shooting at the enemy after being shot down himself. The brief for this location was "A figure or vignette related to some brave feat of arms, almost hopeless against impossible odds." and for me, nothing personifies that as clearly as the Battle of Britain. 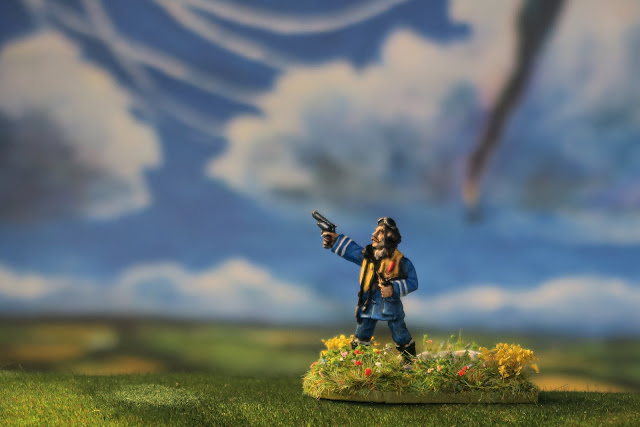 This turning point moment has been much mythologised and has become embedded in British culture as representative of the bulldog spirit and all that. But I think the reality of that epic clash of airpower is much more impressive. Not only were our skies being defended by incredibly brave pilots but down on the ground, Britain's air defence network was probably the best in the world at that point. Despite being outnumbered, and at times overwhelmed, we were able to grind down the Luftwaffe and not only inflict more losses on the enemy, but more crucially, destroy their will to continue the fight, buying the country a much-needed reprieve from potential invasion. 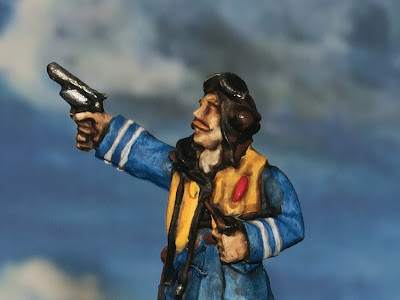 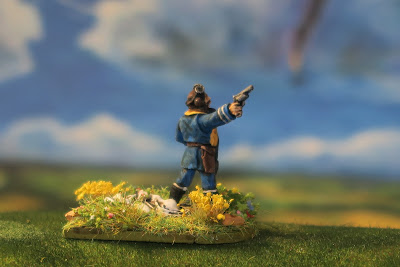 I have a mental image of this chap calmly lighting his pipe while drifting down to the ground, completely unphased by the loss of his aerial steed. He lands, takes another puff of his pipe, pulls out his service revolver and starts plugging away and any Luftwaffe pilot foolish enough to come within range! The figure is from Warlord and try as I might I can't remember where I got him from. I expect he was another "ooo shiny" moment; one of many that have resulted in my Lead Mountain growing year after year! 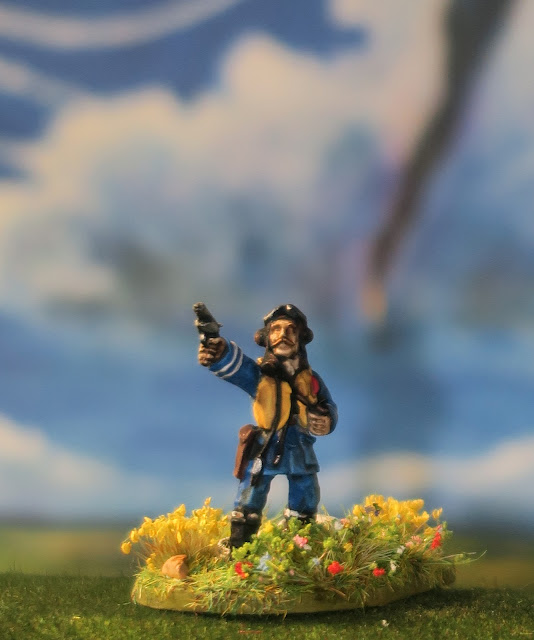 The model came with a shaped base but I felt it wasn't big enough so I made a slightly bigger one from 2mm MDF that I think looks better proportioned. My next step on Challenge Island is Pipers Peak and a couple of Victorians. 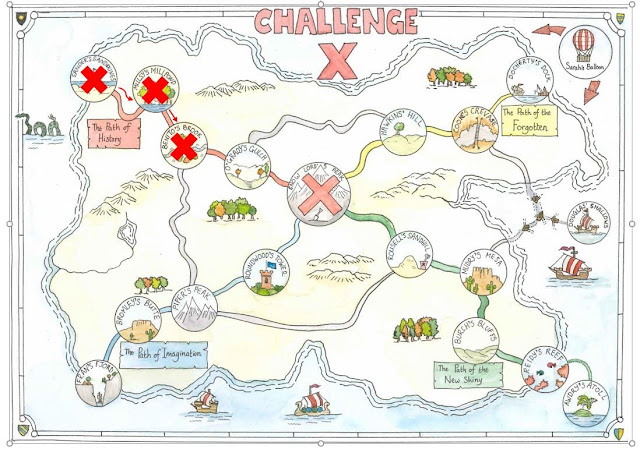