Its been a busy and at times strange year both in my hobby and in the rest of my life. At the end of 2010 I made some resolutions and I can confidently say I achieved them all.


Paint more miniatures than 2010 - I've painted a lot of terrain and figures this year and I have a lot more at the half finished stage on my painting desk. Time has increasingly become an issue this year but somehow I have managed to keep the workload up. I'm crossing my fingers that 2012 will be a better year for me (health wise) and I can devote more time to painting. 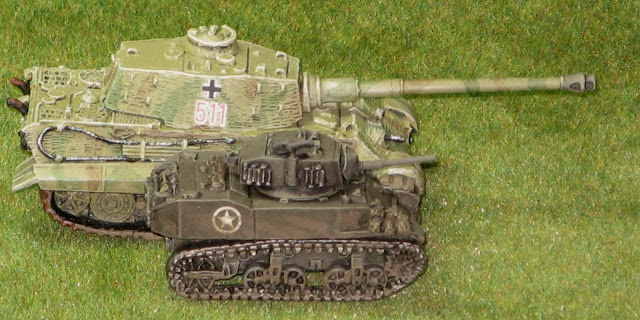 Continue building my Blog - Although hits (page-views) have remained generally stable over the year they started at a high level so 2011 has been another record breaking year for BLMA. I've had just short of 185,000 hits this year, a 65% increase on last year. I've also increase followers from 141 a year ago to 230. Thanks to everyone who helps make this blog what it is by joining in and contributing to the conversation.

Play More Games - Well its been a bumper year for gaming. Both my groups have been fairly active and I've played more games than any previous year.

I've had more than my fair share of illness this year and this has impacted on my ability to get around and the time I have free. I have missed several key events this year either due to illness or other commitments including Salute, War and Peace, Tankfest and games with The Delvers of The Rejects.

Compounding the problem has been the otherwise positive experience of promotion at work. On the downside I am spending more time working (and travelling) but on the upside the increase in salary is having a significant beneficial impact on the family and my hobby activities. I'm very much aware that I'm lucky to have a job when so many others are loosing theirs and that our household finances are definitely bucking the trend.

The blog has continued to attract new readers which is a very humbling tribute to my work here. I always enjoy talking to new readers and I've made several new friends as a result. Any year when you end with more friends than you started has to be considered a good one, don't you think? 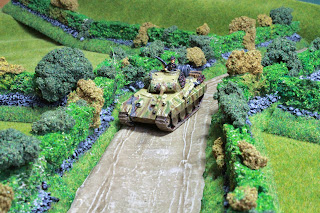 I've done a lot of painting this year but more than anything I have been building and painting terrain pieces. I reckon I have more than enough for a fair sized table but there are always new items that need adding. One thing I need to do for the coming year is make some more Bocage. I'm not sure if I'll follow the same formula I did when I wrote my Tutorial on making Bocage back in May 2010. I'm looking at a whole new method designed to produce some quick terrain in large quantities as I reckon I need at least another 6 meters of Bocage for my table.

So what of 2012? Well I think its a safe bet that the world will not end on 2012. I have some projects that I want to pursue this year but I also plan on getting out and about a lot more. I'm already booked to attend Tiger Day at Bovington in March and I have a full calender of other living history events and game conventions that I want to get to this year. I'm not sure whether I will get as much painting done, mainly because I'm running out of space to store everything! So one of my big resolutions for the year it to get my garden shed repaired and weather proofed. I hate DIY but this is one of those jobs that I have been putting off for years but would benefit my hobby as well as keeping Mrs BigLee happy!

So after all this rambling it just leaves me to say Happy New Year to all BLMA's readers and followers. Thanks for sticking with me and I hope you all have a great year filled with lots of games!
Posted by BigLee at 15:31