Big Picture : Tombs of the Kings

These stone carved tombs can be found in Cyprus in the Mediterranean. My family have mercilessly ribbed me about my apparent predilection for visiting "holes in the ground" as they call them. Well I consider this particular whole in the ground to be a fascinating example of human burial practices. At the time we visited this site I was in the midst of writing a D&D campaign and some of what I saw that day made it into my games. 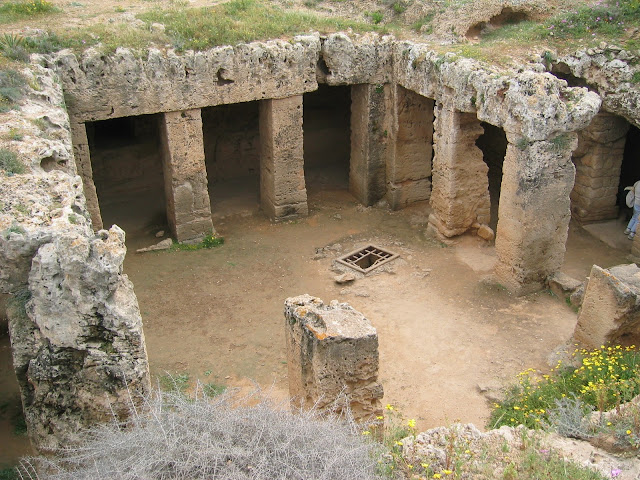 Known as the Tombs of the Kings this is part of an early necropolis in Paphos, Cyprus dating from 300 BC. The name of the site is misleading as there is no evidence of any royalty buried here. However the site was the final resting place of about 100 Ptolemaic aristocrats who lived and died in Paphos beginning in the 3rd century BC. The catacombs were later used by early Christians, and one of the tombs was turned into a chapel. The tombs were carved from the bedrock using just bronze tools and cover an extensive area.
Posted by BigLee at 13:13